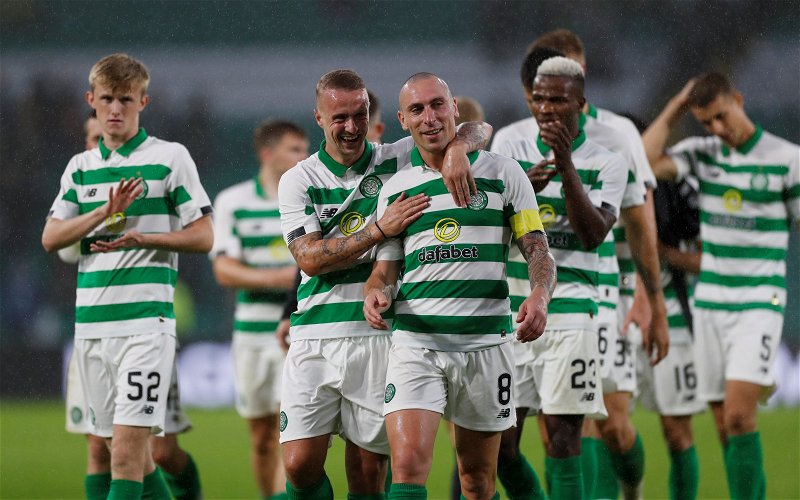 Callum McGregor turned in a media masterclass as he straight-batted a range of questions trying to hype up Sunday’s League Cup Final into the most important game of his career.

The midfielder has played throughout Celtic’s Treble Treble run of success, seeing and overcoming all sorts of obstacles as the hoops have racked up an unprecedented run of nine trophies on the spin.

A Glasgow derby with a trophy at stake is something that many media outlets have been hoping for for some time with Steven Gerrard’s side delivering that wish on Sunday.

Alongside Scott Brown McGregor is a certainty to be in Neil Lennon’s starting XI, dictating the pace and tempo of the game from the centre of the park.

Who will lead the line for Celtic is impossible to predict with fans looking carefully for any hint as to whether Odsonne Edouard will be available at Hampden.

The Frenchman has missed Celtic’s last three matches but the glass half-full fans see that as a precautionary move while others speculate over whether Lewis Morgan, Leigh Griffiths or a left-field option is pitched into the side.

Morgan has started the last three matches as striker while Griffiths has come on as a substitute in the last four with McGregor having no reservations about the former Hibs striker getting pitched in for his first top team start since August.

Since he came back in he has been desperate to play. He’s missed a lot of football, for him the more time that he can get on the pitch it is going to be beneficial for him and for the squad to get a fully fit Griffiths back that can only help Celtic. It’s a big game, everyone is desperate to play and Leigh is no different.

ASKED IF HE THOUGHT GRIFFITHS WAS READY TO START MCGREGOR ADDED

Yes, he is getting there, he came on last night and looked sharp. If he is asked to come on I don’t think that there will be any problem.