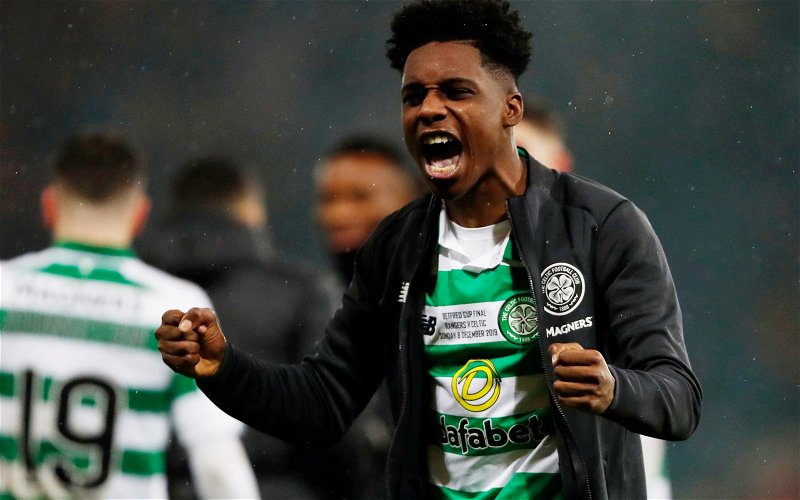 There are some incredibly talented internet bampots out there- with ability that deserves to be shared.

Putting together two minutes of music on top of 90 minutes of football action isn’t easy but one Celtic fan has it all down to a fine art.

There was no sign of goodwill to all men at Hampden yesterday as Celtic defended the League Cup against opponents determined to stop them- at any cost.

Wee guy Jeremie Frimpong stood up to all the threats that came his way. Juventus target Glen Kamara had to revert to rugby tackling the defender while Alfredo Morelos made a hasty exit when he saw the temper of the talented teenager.

Scott Brown, Fraser Forster and Chris Jullien had starring roles as well, the season of goodwill is well underway on one half of Glasgow, across town however it looks like gifts will be in short supply over the coming weeks.