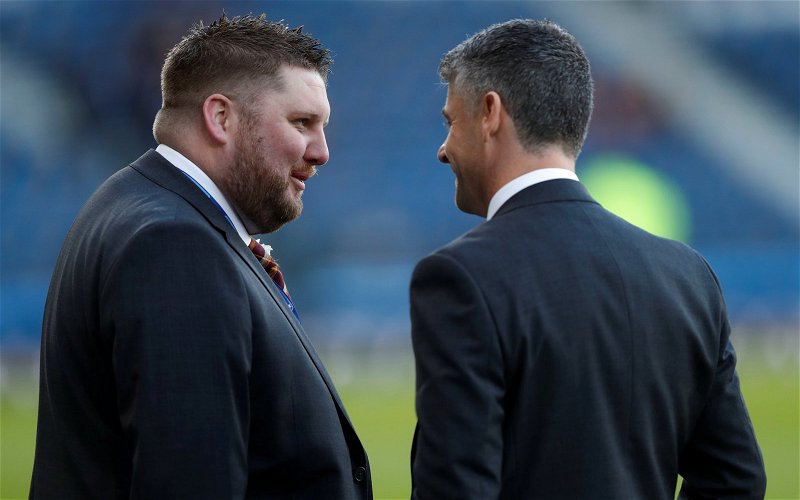 Motherwell boss Steven Robinson has been arrested and charged in Edinburgh less than 48 hours before his side host the club from Ibrox.

Players are under an unofficial 48-hour curfew before a match with night-out strictly off the menu.

Robinson was recently linked with the managerial vacancies at Hearts and Hibs but no concrete offer was ever put to the Irishman who is in his fourth year in charge of Motherwell.

MOTHERWELL manager Steven Robinson has been arrested and charged following an alleged disturbance in Edinburgh.

Police Scotland confirmed the 45-year-old has been nicked in connection with an incident on Waverley Bridge beside the city’s main train station on Friday night. It is understood that no one was injured. Well boss Robinson is due to appear in court at a later date.

A Police Scotland spokesperson said: “A 45-year-old man has been arrested and charged in connection with a disturbance on Waverley Bridge in Edinburgh around 7.45pm on Friday, 13 December. No-one was injured. A report will be sent to the Procurator Fiscal.”

Robinson will be expected to do pre-match media duties for tomorrow’s noon kick off at Fir Park but assistant manager Keith Lasley will almost certainly step in.