Must Watch! Scott Brown takes out obsessed reporter over the Morelos question 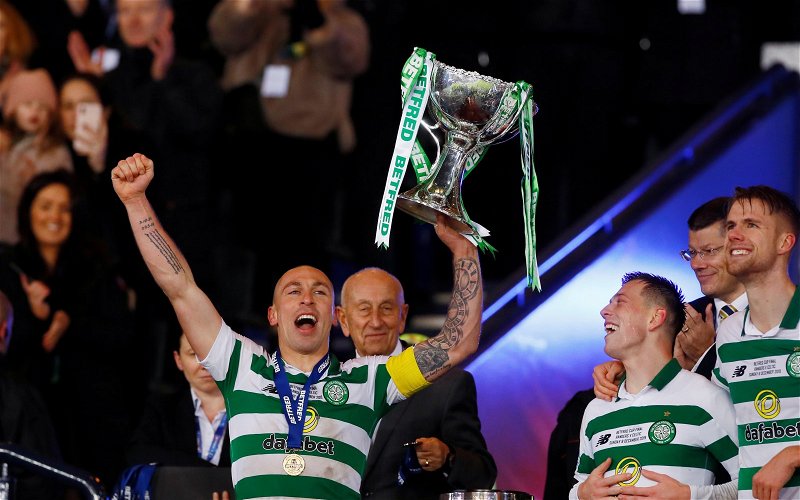 With the prospect of opening up a five-point lead at the top of the SPFL and a Europa League tie with Copenhagen to look forward to there were plenty of talking points to discuss with the Celtic skipper.

For some however everything revolves around Ibrox, their every thought. Transfer interest from clubs is created for run of the mill players in tandem with the bizarre notion that a rookie manager with no trophies and less than 100 matches on his CV could take over at the European champions.

Failing to realise that he was expected to ask questions about Celtic the hapless hack decided to share his Ibrox obsession with Brown leading to embarrassment.

QUESTION: Scott, Alfredo Morelos was given a second yellow card for over-celebrating, what’s your thoughts on excessive celebrations?

As soon as the words Alfredo Morelos were muttered Brown smiled and said: “Not answering that.”

As the obsessed reporter tried a follow up the Celtic skipper allowed him to complete his question then responded with “Next” and looked away.

Brown will welcome Ryan Christie back into the Celtic side tonight to face a Hearts team that appears to be on the verge of meltdown.

One win in eight home games has left Hearts fans disillusioned with Tynecastle expected to be well below capacity tonight with the exception of the away section.