When Jeremie Frimpong was red carded Neil Lennon turned to the Israeli internationalist to see through the final half hour.

At Ibrox in September Bitton had starred alongside Chris Jullien, down to 10 men at Hampden the threat to Celtic’s domestic domination was much more direct. 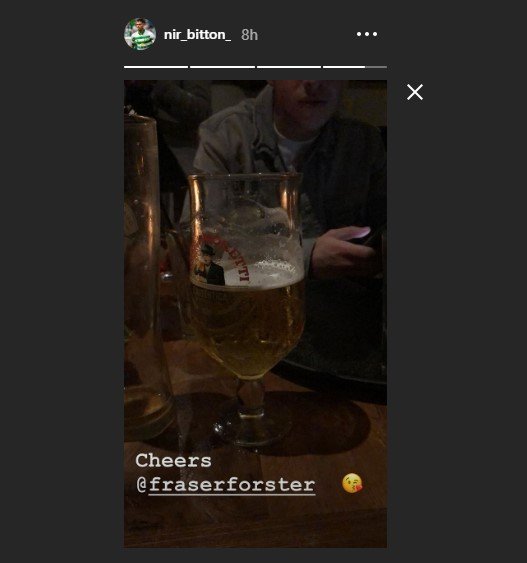 Kris Ajer moved to right-back as the super sub repelled everything that was thrown his way as the Ibrox side chased an equaliser.

From the penalty spot to the 18-yard line Bitton and Jullien mopped everything up, behind them Fraser Forster was in stunning form.

When the final whistle blew it was celebration time, winning trophies is something you never tire off. With his contract ending in the summer there is no guarantee that there will be a next time for Bitton to celebrate that trophy winning feeling.