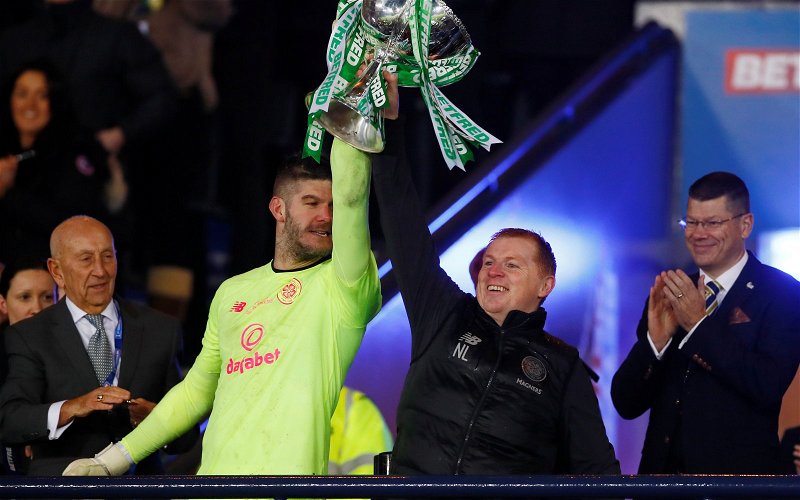 Not even a day of torrential rain and storm force winds could dampen the celebrations of the Celtic support.

Not so long ago Hampden was a bogey ground with clubs like Ross County, Kilmarnock, St Mirren and Hearts enjoying victories as Celtic fans trooped out of the National Stadium wondering when their luck would change.

Yesterday Celtic won their 13th successive match at Hampden, lifted their 10th successive trophy and put down the first instalment on the Quadreble.

A year ago Brendan Rodgers took the acclaim on a soaking day after Ryan Christie scored the only goal of the game against Aberdeen.

Yesterday Celtic were under the cosh, they played way below form but showed the character and resilience that separates the winners from the also-rans.

At the final whistle Fraser Forster and Neil Lennon were the heroes, they suffered previously at Hampden but with their domestic trophy collections completed the appetite switches to a ninth SPFL title and 11th domestic trophy.