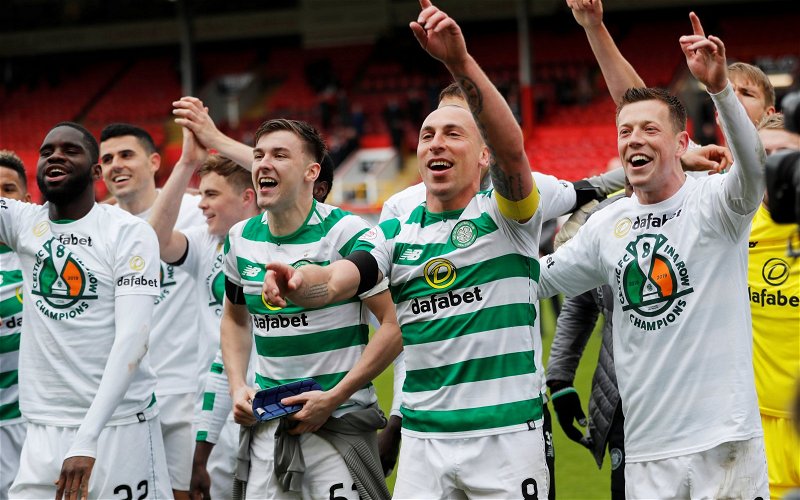 Dave Cormack has taken a vow of silence after his outrageous attack on Kris Ajer and Leigh Griffiths.

At 2am UK time the Aberdeen chairman took to Twitter to accuse the Celtic duo after the SFA rejected Sam Cosgrove’s appeal against his sending off against the champions.

Law = fairness & consistency. Sam will take his ban but the compliance officer has a duty to review Ajer feigning injury with his triple salvo and miraculous recovery after Sam gets the red. Griffiths lunges into Ferguson’s knee with both feet in the air. Fairness for ALL please! pic.twitter.com/ze0LimAdrm

Today Aberdeen were at home to Livingston giving Cormack the opportunity to spread some festive goodwill to his 6,000 Twitter followers. His attack on Ajer and Griffiths had gone down a treat being liked over 3,000 times attracting 465 comments.

That sort of response is gold dust in the social media age but Cormack failed to encourage fans along to Pittodrie or thank the 14,518 fans who turned up for the match.

Aberdeen enjoyed a 2-1 win over Livingston to maintain fourth place in the SPFL table with a trip to Hearts awaiting on Sunday.

Despite Neil Lennon’s criticism of Cormack it’s unlikely that the SFA Compliance Officer will take any action against the Aberdeen chairman.