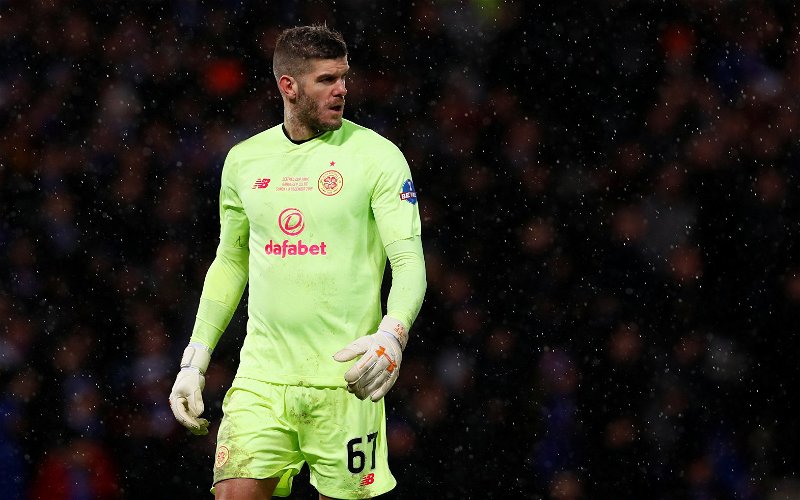 Fraser Forster’s stunning performance in the League Cup Final has been recognised in an SPFL video.

Seven days ago, the keeper turned in an outstanding display as Neil Lennon’s side lifted the first trophy of the season.

The history books will record Chris Jullien as the matchwinner but the Frenchman would be the first to acknowledge the contribution of the guy behind him with the gloves on.

Early in the match Forster showed that his eye was in when he got a firm left hand to a shot from Ryan Jack- after that it seemed to be a one man contest against Alfredo Morelos.

The £50m rated Colombian ace manufactured a number of chances but whatever the angle of distance he found Forster turning his efforts away.

In the 63rd minute it seemed like Morelos was about to break his duck against Celtic when James Tavernier handed him the ball to take a penalty.

Once against Forster was up to the task, pushing away the penalty kick and many other efforts from Morelos before the final whistle blew on the Forster Final.