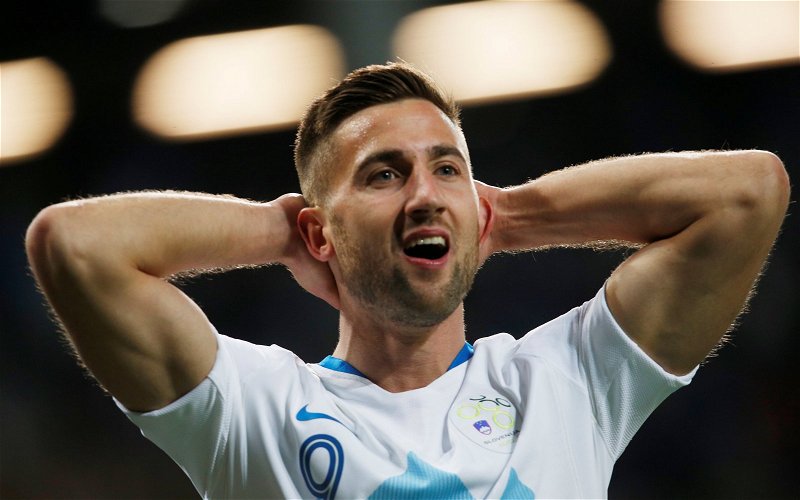 Slovan Bratislava are planning ahead with two new strikers signed up in anticipation of Andraz Sporar’s departure.

Celtic are among four clubs linked with the striker but so far nobody has come up with an offer to match Slovan’s valuation of the Slovenian striker.

Rather than scramble about afterwards bolstered by a hefty transfer fee Slovan have signed up Alen Ozbolt from Lokomotiv Plovdiv and Zan Medved from Olimpija Ljubljana with the players delivered this weekend.

Sporting Lisbon appeared on the scene for Sporar towards the end of the week with Sport Aktuality reporting:

Everything suggests that the leader of the Fortuna League is preparing for the winter departure of his elite striker Andraz Sporar, who is after the successful fall of the season of eminent interest.

Clubs such as the Celtic Glasgow in Scotland, Sporting Lisbon in Portugal, Bristol City in England and Al-Gharafa in Qatar are around the name. As Friday morning Ivan Kmotrík younger said, Slovan reportedly already has an acceptable offer.

Celtic have also been linked with Patryk Klimala of Jagiellonia, Yonatan Cohen of Maccabi Tel Aviv but as Neil Lennon prepares to return from Dubai no new faces have been added to his squad.

With Sporar expected to go for 7m euros and Klimala having a 4m euro release clause all of the players listed are within Celtic’s price range with £7m paid to Toulouse in the summer for Chris Jullien.

Celtic face Partick Thistle in the Scottish Cup a week today with SPFL matches against Kilmarnock, Ross County and St Johnstone before the transfer window closes.