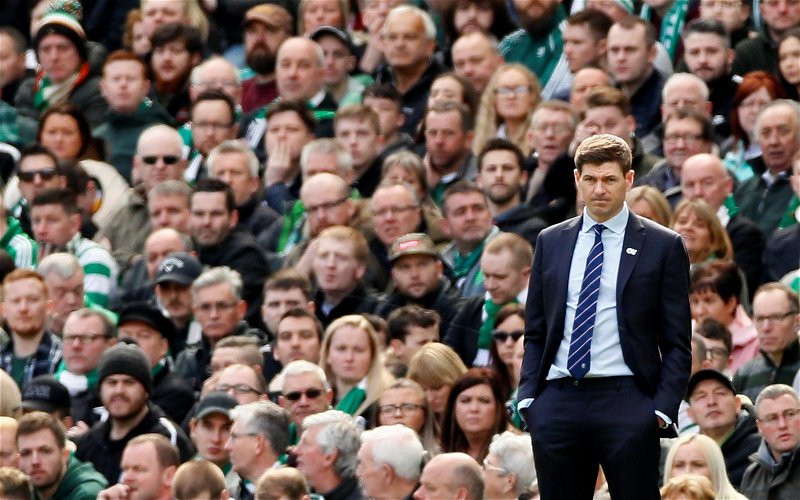 Derek Johnstone has admitted that his club’s title hopes are hanging by the thinnest of threads.

The Ibrox ambassador has been tipping a title success since Mark Warburton took the club into the top flight in 2016 but has barely had a reason to celebrate.

Winning at Celtic Park at the end of December was supposed to be a game changer but on the back of that result Steven Gerrard’s side have wilted under expectations.

A two point gap has been stretched to double figures with Johnstone sharing the despair of the fans at the direction the title challenge is heading in.

Without trotting out the favoured old ‘until it is mathematically impossible’ line the former club striker is bracing fans for further disappointment.

Rangers are still hanging on, but it is by the thinnest of threads now. We have still got a game in hand and we have still got two Old Firm games to come, so there is a chance.

But that chance will only come if you do your job and take care of all the other games and that has been a major problem for Rangers, certainly since the break.

Losing to Hearts, drawing with Aberdeen and losing to Kilmarnock is not the form of champions and Rangers are up against it now in the league. We have gone from a huge high on December 29 when we beat Celtic at Parkhead to now being ten points adrift.

Many have already written Steven Gerrard’s side off and say that six months of hard work has been undone in the space of three weeks. After that Old Firm game, there was a real belief that this could be Rangers’ year and that Steven could deliver the Premiership title.

Now the fans are on a real low because we have dropped eight points and the performances have been poor. Rangers were ahead against Hearts and ahead against Kilmarnock but contrived to lose both matches and it is hard to put your finger on what has gone wrong over the last few weeks.

Johnstone has been a long-standing supporter of whatever regime has been in power at Ibrox, in 2016 Chris Sutton famously called him out as a cheerleader live on Radio Clyde.

At the start of the season Johnstone stepped down from his role at Clyde creating an opening for Alex Rae.