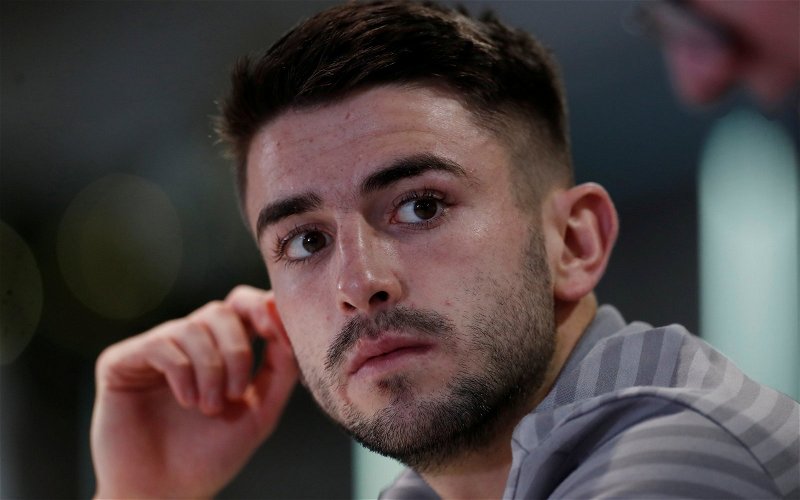 Twelve months ago Greg Taylor was just another victim of the greatest winner that Scottish football has known since the Lisbon era.

Towards the end of another tortured match at Rugby Park Scott Brown had scored with a goal that had summed up the previous 90 minutes.

Waiting on a corner coming into the box his wayward shot struck Alex Bruce and flew into the net to give Celtic a priceless win.

A year ago today. Best red I think I have got ??

With a seven point lead the chant Scott Brown won the league at Rugby Park’ was born.

Looking on in dismay was a certain Kilmarnock left-back, his bonus for a draw cruelly snatched by the guy that has won more than Killie have picked up in 150 years.

In recent weeks Taylor has joined Brown in the huddle and fed off his relentless will to win matches and trophies.

The defender will miss the midweek match in Copenhagen due to a hamstring injury but will be hoping to join Broony on the podium when SPFL Premiership winners’ medals are handed out.