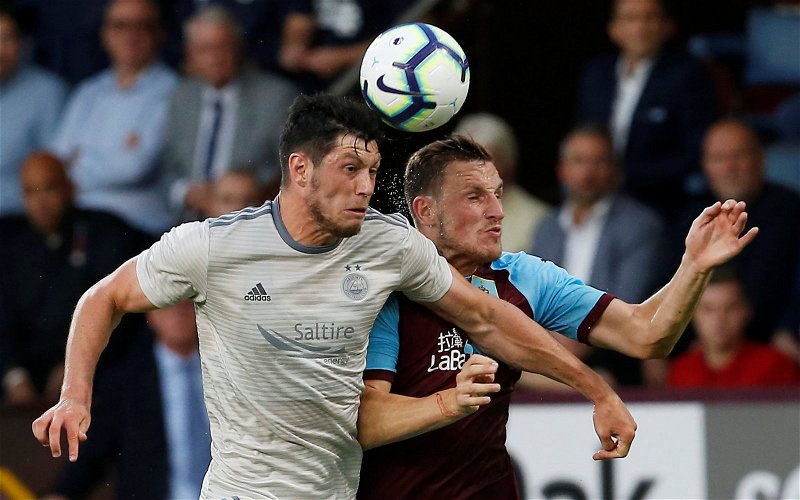 Aberdeen’s Scottish Cup hopes have been dealt a massive set-back with the news that Scott McKenna is out for the rest of the season.

The defender has been a key element of Derek McInnes’ side over the last two years and was the subject of transfer bids from Celtic and Aston Villa in August 2018.

McKenna has been dogged by hamstring injuries and pulled up late on in Saturday’s Scottish Cup win away to St Mirren.

Straight away the 23-year-old stopped his run but despite apparently catching the injury early it seems that his season is over.

Aberdeen and Scotland star Scott McKenna has been rocked with the news his season is over. SunSport can reveal the Dons defender faces at least three months out with a torn hamstring.

Mikey Devlin replaced McKenna against St Mirren, stepping in to play alongside Ash Taylor in the 2-0 victory.

This week the SFA are expected to announce details of the matches with the ties scheduled to be played over the weekend April 11 and 12.