When the smelly stuff hits the fan at Ibrox a visit to Follow Follow is essential for most Internet Bampots.

While Alex Rae, Ally McCoist, Neil McCann try to keep a lid on the hurt they are feeling the online fans don’t hold back.

Three days after discussing their travel plans for the Europa League final in Gdansk there was no hiding place for the ‘spineless cowards who raised the white flag’ at Tynecastle.

The joy of winning the SPFL title at Celtic Park suddenly seems a lot more than two months ago as the reality of NINE-IN-A-ROW comes into sharp focus. 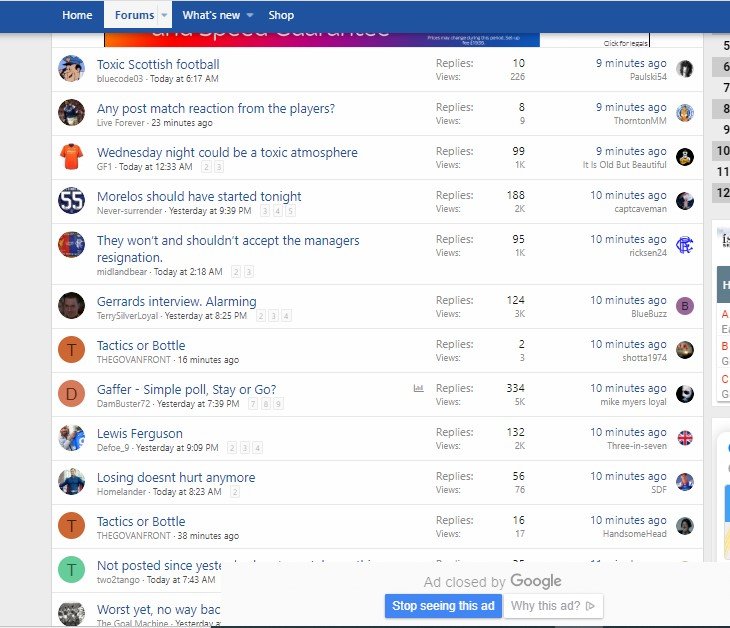 Among the anger on FF there are a few posters trying to point out the positives of the Gerrard Revolution, whether they are genuine Ibrox fans or deep deep undercover Celtic supporters is up for debate.

‘They won’t and shouldn’t accept the manager’s resignation’ thread sits alongside ‘Gerrards Interview. Alarming’ gives a small flavour of the torment the fans are going though. Again.

There seems to be no way back for Gerrard after his comments yesterday but it’s hard to see him walking away from a contract that runs until 2024.

Alfredo Morelos has become a side issue but it seems only a matter of timing before Graeme Murty gets the phone call that he dreads- which is bound to spark more online fury as the Reading legend steps back into the frontine.