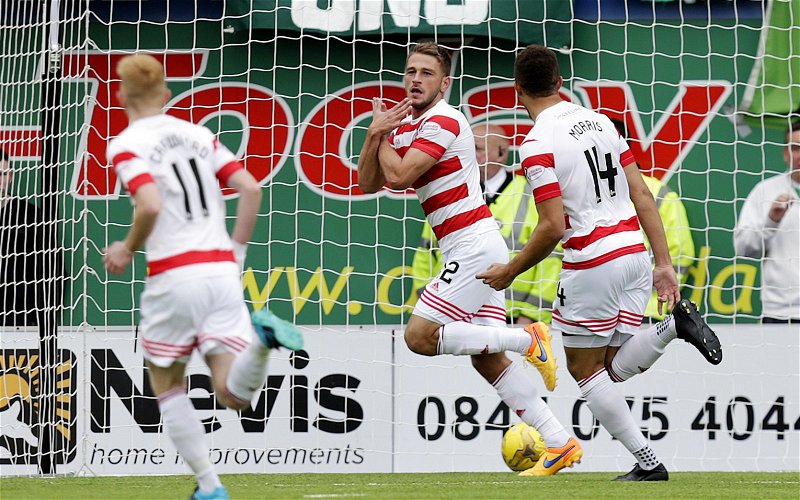 Ronnie McDonald has admitted that the current Hamilton Accies squad will never get together again.

After two blank weekends the reality of Coronavirus on football is starting to sink in. Hearts are imposing a 50% pay cut from next month with Partick Thistle and Raith Rovers the first clubs to set up online fund raising ventures.

Celtic are fairly well protected with long term sponsorship deals in place and a healthy bank balance but they also have the highest wage bill in Scotland with no sign of when their final four SPFK home matches will be played.

Scottish football’s Joint Response Group announced that there would be no football before the end of April but the truth is no one has any idea when any resemblance of the game is likely to return.

When football returns is a bigger concern than the phoney ‘Null and Void’ argument with many clubs likely to be barely recognisable from those that played their last fixtures in the early days of March.

Most Hamilton players sign a one season contract with McDonald holding a clear the air meeting in midweek.

The Accies owner told The Sun:

We got our 44 full-time staff members together and underlined to them wages would be being paid as normal. They will all be getting every penny they are due under their contracts.

That was what happened after the money was stolen from our bank account and it’s what will happen now.

If you are honest with people, then it alleviates some of the worries they have but the reality is I suspect some of our players will never be in the same room again, which is sad.

Hamilton are currently second bottom of the Premiership table, four points above Hearts.