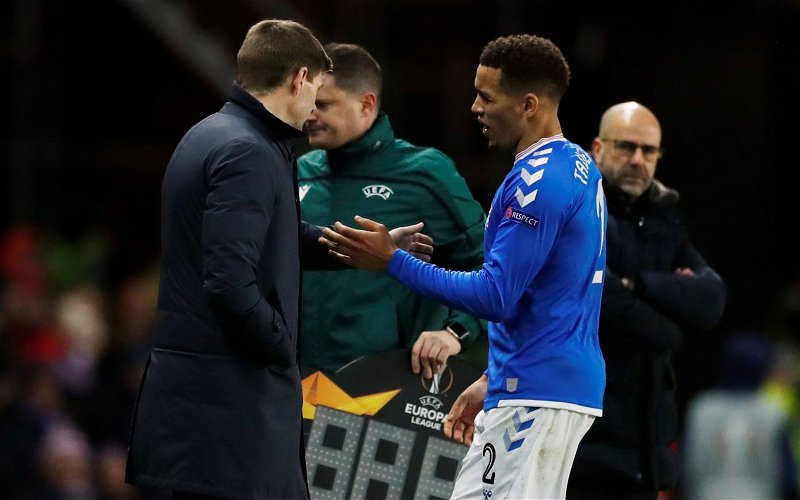 James Tavernier was a major doubt for last night’s match against Bayer Leverkusen after suffering a leg injury against Hamilton last week.

Tav lasted until the 85th minute last night but his replacement, US soccer guy Matt Polster had a nightmare as he presented the Germans with their third goal.

Typically, his manager showed no sympathy as he blamed the substitute for the goal that makes the return leg seem like mission impossible.

At 2-1, you’re still thinking it’s not the end of the world, if we stay in their we might get a late equaliser but we’re extremely disappointed with the third. Polster’s gone to ground, he’s got to take the man down and take a yellow card for the team.

If he doesn’t he’s got to run all the way back. He actually gets back but he’s got to do better in the 1v1. It’s going to be extremely tough; we knew it would be. They’re a fantastic team, they’ve got quality players.

We’ve got a very important game at the weekend we need to recover and get ready for that, we’ll see where we are next week.

Ninety minutes spent mostly chasing after opponents on a heavy pitch will have taken its toll on Gerrard’s players who suffered their third defeat in four matches.

Celtic go to Ibrox on Sunday with a 13 point lead at the top of the SPFL.