A Hampden insider has told Stephen McGowan that the SFA and SPFL are about to rubber-stamp Celtic as 2019/20 Champions of Scotland.

The Daily Mail reporter has strong contacts inside both organisations with the decision to declare the season over vital to the survival of many clubs.

With a 13 point lead at the top of the table with just eight matches left to play Celtic appear almost home and dry. In 30 matches so far the hoops have only dropped 10 points.

The SPFL pay out around £25m to all member clubs with Celtic collecting £3.350,000 for winning last season’s title while 12th placed Dundee received a cheque for £1,125,000. The sooner similar pay outs are made the better for all clubs. 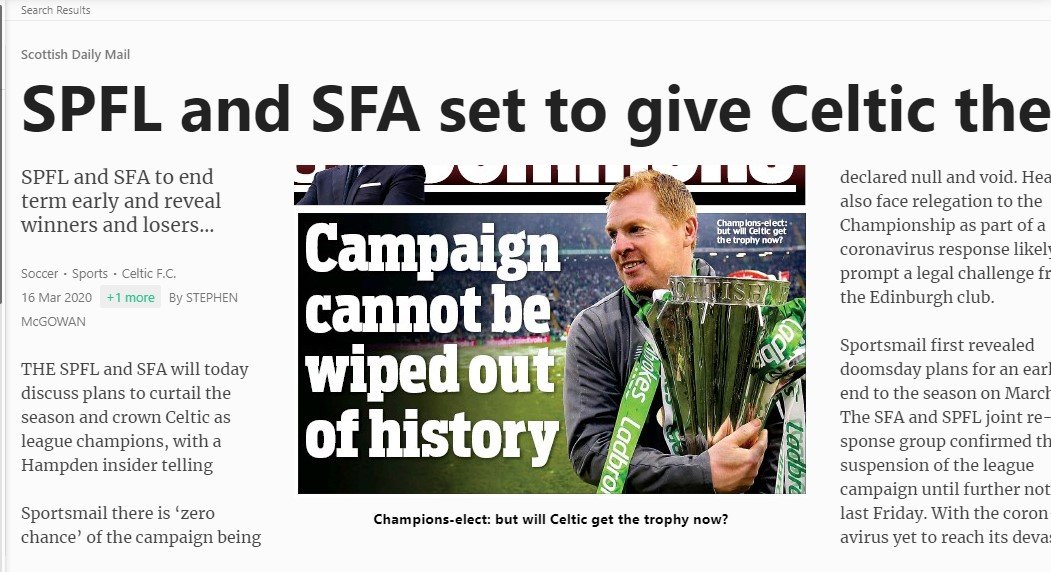 Some clubs are bound to object and even raise a legal challenge to the decision to end the season in March but calling eight months of fixtures null and void would create a massive can of worms.

Since Friday’s announcement of the suspension of football the situation with Coronavirus has escalated with the impact of the virus changing on a daily basis.

UEFA host a video conference call tomorrow with Euro 2020 expected to be delayed 12 months but Celtic’s ninth successive title will be the main talking point in Scottish football.