Better than Barca- Fraser Forster reveals his most satifying win

Fraser Forster has admitted that winning this season’s League Cup at Hampden was more satisfying that beating Barcelona in 2012.

Forster returned to Celtic on loan in August and instantly exerted his influence on the side, impressing in the back-to-back wins over Lazio that ensured progress in the Europa League.

At Hampden in December the first trophy of the season was up for grabs, the only medal to elude the keeper during his first spell at the club. 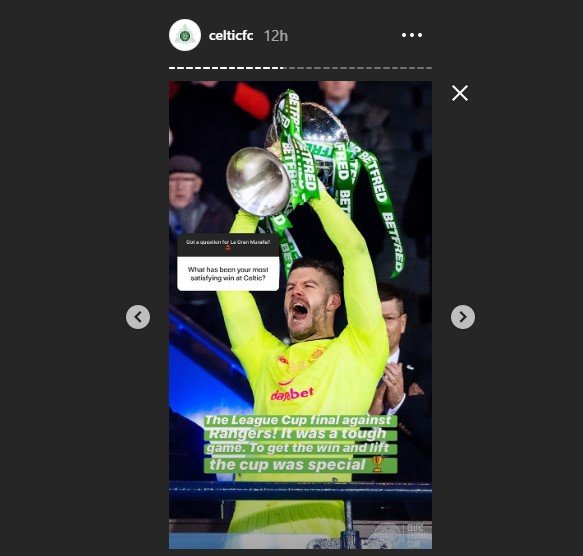 From the moment that he pushed away a 25 yard drive from Ryan Jack Forster’s eye was in, using every part of his body to deny Alfredo Morelos a goal.

Early in the second half the Colombian was given a penalty but once Forster dived low to his right to save it seemed as if Celtic’s name was on the trophy.

Celtic’s win against Barcelona in 2012 put the keeper in the limelight as he denied the Catalans, led by Leo Messi, time and time again.

That performance earned him a place in the England squad, a year later he made his international debut and was included in the 2014 World Cup squad.

With his loan deal expiring in June Forster might not play again for Celtic but whenever the story of this season is completed the story of the League Cup Final win will revolve around the performance of the on-loan keeper.