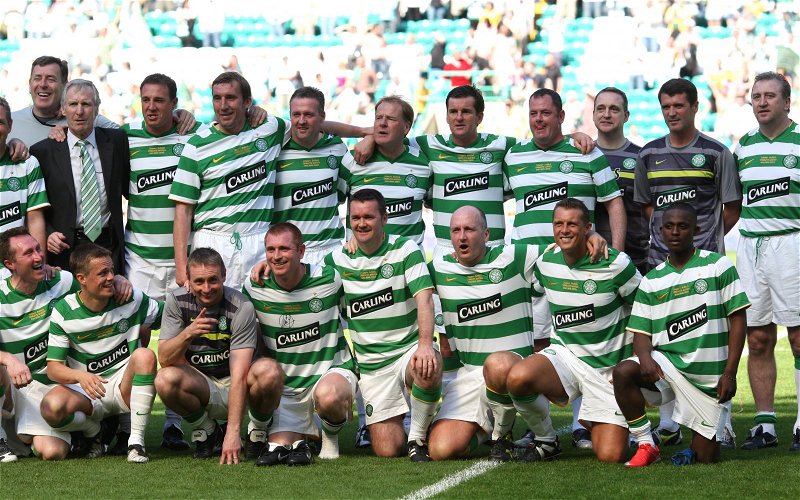 Pat Bonner has named his All-Time XI with no place for Charlie Nicholas.

In his final season with Celtic Nicholas scored 49 goals before an ill-judged move to Arsenal but Bonner’s gives his main striking role to Frank McAvennie.

‘Macca’ only spent 18 months with Celtic, like Nicholas he returned for a second stint well past his best, but was the catalyst in the Centenary Double winning side, forming a strike force with Andy Walker, Joe Miller and Mark McGhee.

Bonner made his Celtic debut in 1979, staying with the hoops until 1995 during which he played in two World Cup Finals and one European Championship Finals with Ireland.

Frank McGarvey, Brian McClair, John Aldridge and Frank Stapelton all came in for consideration but it was McAvennie that was handed the striking role in Bonner’s All Time XI as he spoke to Radio Scotland.