One amusing side effect of Lock Down was a discussion on Follow Follow over whether Henrik Larsson was really that good.

Apparently his scoring record provided the evidence for that argument, the Swede only managed to score 15 goals in 30 Glasgow derby appearances. That’ll be 15 more than Alfredo Morelos has managed in the last three years.

After failing to score in the fixture during his first season, during which he helped his team-mates stop the 10, Larsson missed four matches the following season but made the most of his return in the 2000/01 treble season. 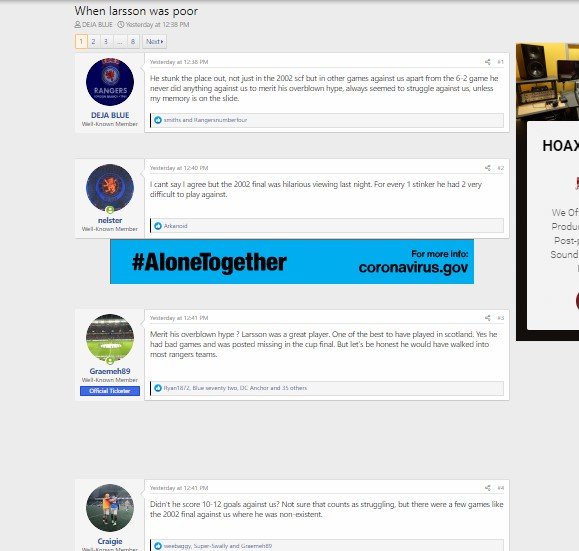 A double in the opening clash of the season, Celtic’s 6-2 demolition derby did lasting damage, some might argue that the impact of that result is still being felt to this day.

At the start of February the Glasgow rivals met at Hampden in the semi-final of the League Cup- Larsson scored twice as Celtic ran out 3-1 winners. In the final he went one better with a hat-trick against Kilmarnock.

With the title already secured Celtic went to Ibrox at the end of April with Larsson sitting on 49 goals for the season. Leading thanks to a double from Lubo Moravcik the Swede scored Celtic’s third from a ridiculous angle before celebrating in front of delighted Celtic fans in the Broomloan Road stand.

The years 1998-2004 changed the course of Scottish football history- only the foolish would argue otherwise.