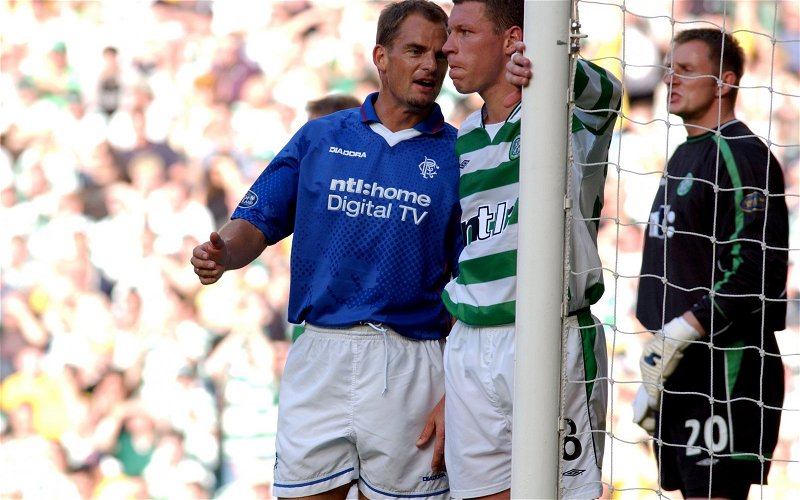 As a nation the Dutch tend to look at things a bit differently.

Ronald de Boer was part of a generation of great Dutch footballers that emerged in the mid-nineties, winning the Champions League with Ajax before moving on to Ajax.

In 2000 he was lured to Rangers where he was instantly pitched into a fierce battle for honours with Celtic.

Giving up was never an option, every honour had to be chased down till the final minute but after more than a decade away from Glasgow he can offer a more balanced view.

Stretching a two point lead to 13 with eight matches left to play suggests that Celtic are on the verge of a title win but with each passing day since football was suspended some Ibrox fans are believing that their side were on the verge of turning the title race around.

I’d love to see Rangers win the league again after all this time but you have to be objective. Celtic are well clear at the moment and like Liverpool in England, they deserve to win it.

If you have to nominate a winner then you have to say Liverpool, and the same counts for Celtic. If the season is not completed then you can only be winners, not champions.

Last week the board of the SPFL got approval from 80% of their clubs to declare the Premiership title based on average points per game.

UEFA’s Executive meet today with their 55 member associations waiting on guidance on how to conclude the 2019/20 season.