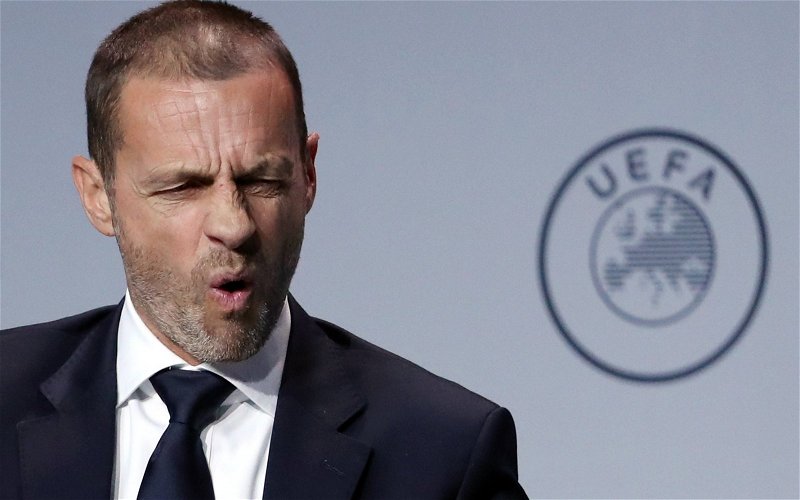 A leading FIFA medic believes that UEFA are about to call off the 2019/20 season.

After five weekend with all of the major European leagues closed down the full extent of the pandemic is beginning to hit home.

On Thursday the SFA announced that there would be no training sessions before June 10, with six weeks of training the 2020/21 season is becoming much closer than the start of March when SPFL fixtures were suspended.

Tentative plans will be made for next season’s UEFA competitions but there is a real likelihood of travel restrictions being in place with football matches unlikely to be declared a priority.

With most domestic leagues having played 70% or more of their fixtures the current standings will be declared final, after a few angry statements

UEFA have seen determined to play on regardless but picking up on an interview with Michael D’Hooge The Sun reports:

D’Hooge – who is on the FIFA Council and was the former chairman of FIFA’s medical committee – is sure European football’s governing body have been persuaded to make a decision.

He said: “I have the distinct impression UEFA have turned and have changed their mind. And that’s a very good thing because lives are at stake here.

“I admire the work of Marc Van Ranst and welcome UEFA asking him for advice on the crisis. It’s not before time too. In Italy, their doctors are saying football won’t be played any time soon.

“And UEFA appears to have lost sight of the fact that the health crisis will not be resolved within two months. When football teams start training again, I will guarantee you a positive case will come up again.

“And then the entire team will have to be quarantined again. Here in Belgium, they talk about playing a Cup Final without supporters, but football without fans is like Frankfurt without sausages.

“And there is a real health risk to the players who will come into contact with each other. Let’s wait and play the big games when football is declared to be safe again, with the fans too.”

UEFA’s next meeting is scheduled for April 23.