Feed The Bear: Roy Aitken fires back at Celtic’s snipers 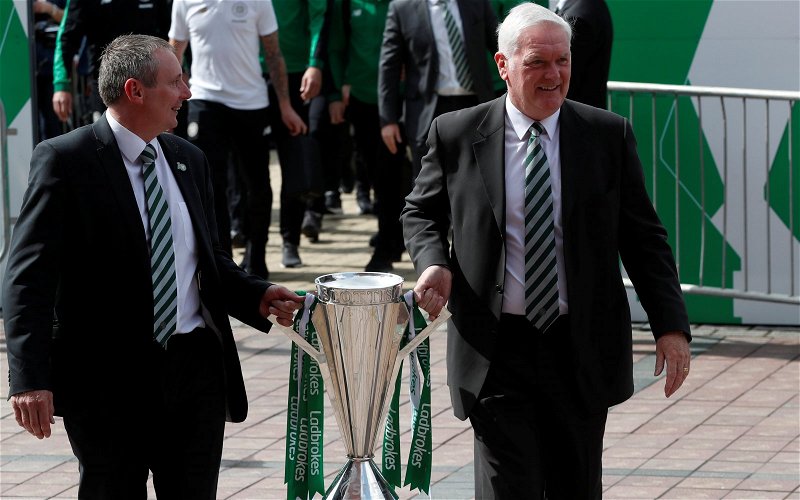 Roy Aitken has brushed aside the critics of Celtic’s Premiership title win.

Two months after playing their last match of the 2019/20 season the board of the SPFL confirmed that Neil Lennon’s side were champions for the ninth year running.

The gap in-between has allowed various stories and theories to emerge that deflect from Celtic’s stunning form and the obvious problems at Ibrox.

Over the course of 30 matches Celtic dropped just 10 points, it was phenomenal form that covered two trips to Aberdeen, Motherwell and Livingston that was cut short on a run of taking 28 points out of 30 from the matches played since the January break.

If you were a betting man, I think you’d have had your money on Celtic going for a quadruple treble. After Christmas they looked like a team revitalised. Rangers did exceptionally well in the first five months of the season but right now I would imagine that Steven Gerrard will be trying to work out what happened after that win at Celtic Park in December.

How and why did it go so wrong for Rangers after that? They were throwing points away. They had lost that consistency they had shown in the opening half of the season but never in my life have I seen a league championship handed out in December. Celtic had questions asked of them after that defeat at Celtic Park but the manner in which they came back was emphatic.

If I was at Ibrox, that would be the real concern. I can understand their frustration when there were games still to go but I honestly believe that Celtic would have kicked on and stretched that lead.

It can’t have been an easy decision to make. But I think what people overlook at times is that Celtic wanted these games to be played too. There is a reason for that. They were fairly confident in themselves that they were on their way to a ninth successive title. Everyone wanted the games played to a conclusion but sometimes there has to be a bit of realism in there

With nine title won Celtic are now turning their attention towards the prospect of a historic 10th successive title.

Jock Stein’s side raised the bar from six to nine with their run through the sixties into the seventies, the hoops of 2020 will start the next campaign as strong favourites to extend their domestic dominance.