Popular fans message board Follow Follow has shared details of Peter Lawwell’s address to today’s EGM of the SPFL.

For those that like to believe in the most far fetched conspiracy theories the post is a major disappointment with nothing fresh to add to their imagined influence of the Celtic Chief Executive.

The main gripe is that Celtic have said next to nothing over the last six weeks while their own club has been at war with the world through angry statements, media interviews and support updates leading up to the EGM. 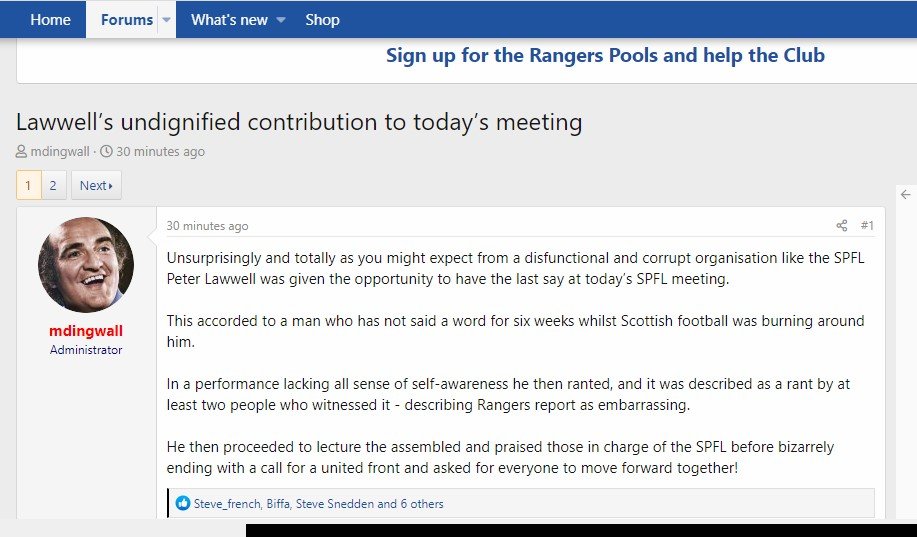 Despite the unstinting support of BBC Scotland over five weekend just 13 clubs voted in favour of an independent investigation into the vote that authorised the SPFL board with authority to decide the title based on average points per game.

Celtic’s silence prevented the media from turning the dispute into an Old Firm battle with most titles settling for a civil war despite only one party being involved.

Later this week the SPFL are expected to confirm Celtic as the 2019/20 champions with the hoops averaging 2.67 points per game over 30 matches with a points tally of 80.