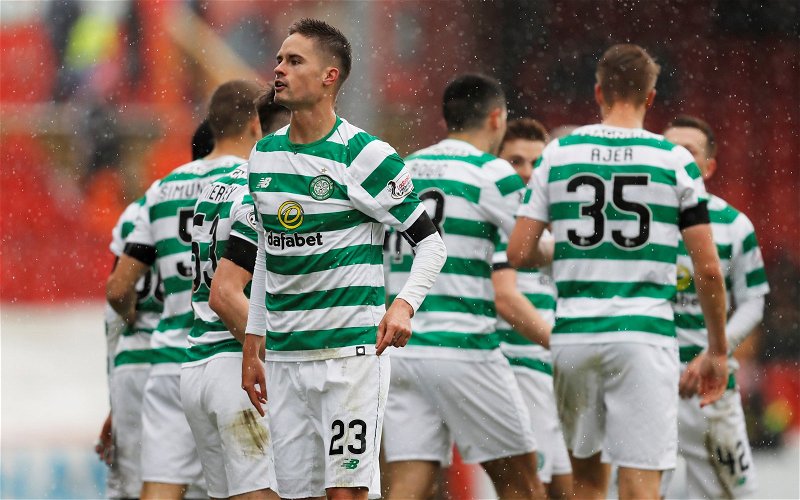 He left Celtic last summer but as over 40,000 fans tuned in for the online 9-in-a-row party today Mikel Lustig was very much in the thoughts of the Celtic support.

The Swede played his part in the first eight title wins but had to keep an eye on events this season from his new base in Sweden.

Among the many highlights of 9-in-a-row at least two of the key moments involve the defender that Neil Lennon signed at the end of his Rosenborg contract in January 2012.

Five years later the full-back was weaving his way through the home defence at Ibrox before curling a brilliant shot around Wes Foderingham to put Celtic 5-1 in front.

While that was sweet, a year later without question came a moment that no fan will forget as the hoops clinched eight-in-a-row.

Shortly before half-time James Forrest arrowed a shot past Jak Alnwick to put his side 3-0 in front with a home win confirming another title win.

Forrest’s goal has largely been forgotten, as the players celebrated for no more than a few seconds Lustig grabbed a police hat to add to the delight of the fans in the South Stand.

My dad with the policeman celebrating 9 in a row hh pic.twitter.com/i5CoK3RD87