Ibrox fans finally get concerned by financial issues at their club

A growing number of Ibrox fans are expressing their concern about financial issues surrounding their club.

Running in tandem with cancelled season tickets after payment has been taken is the bizarre ‘membership scheme’ launched on May 1 called MyGers.

In previous years fans just needed to tick a box on their season ticket to have cup matches added to their ticket with the incentive being that they would then be in a ballot to see their club humiliated at Hampden.

Think it’s starting to sink in how much they are being taken for a ride? pic.twitter.com/UUI31XAFuF 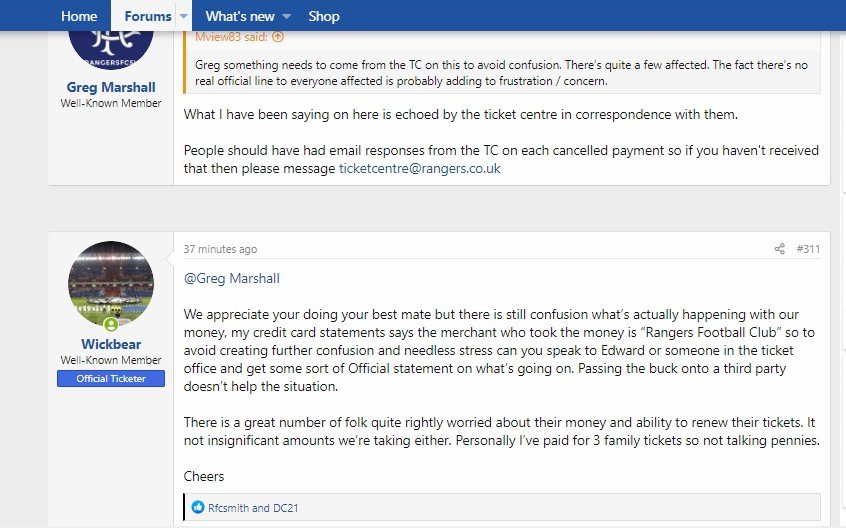 Since losing the 2016 Scottish Cup Final to Hibs the club has been to Hampden six times, losing five matches with this season’s League Cup Final win over Hearts the only time the loyal fans have been able to celebrate a goal.

To go into a ballot for semi-final and final tickets next season supporters have to pay £50 to join MyGers. Rather than a one off the fee will be an annual one.

That move comes on top of loyal fans being offered a £25 voucher in exchange for missing out on five matches on their 2019/20 season ticket. Loyal fans were also charged more than visiting supporters to see Steven Gerrard’s team turned over 3-1 by Bayer Leverkusen.

Problems continue with season ticket money apparently paid into the wrong account with fans left in the dark waiting for refunds.