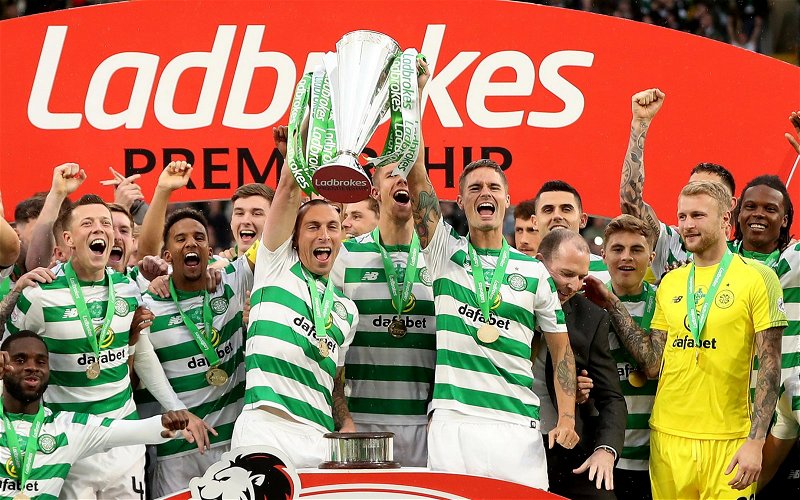 Celtic could be crowned Premiership champions before the end of this week.

Yesterday’s EGM vote of SPFL clubs cleared any final objections to this season’s title being decided on average points per match which would give Neil Lennon’s men the title based on 2.67 points per match over 30 fixtures.

UEFA are looking for nominations for next season’s competitions by May 25 with a number of SPFL clubs stating that their efforts are geared towards the start of next season.

Chris McLaughlin is the chief sports reporter for BBC Scotland, regularly in contact with the decision makers, and expects the final issues of the 2019/20 season to be announced shortly.

Asked during today’s Sportsound podcast if a decision on the Premiership season is imminent he explained:

I think so, had a chat with a few senior sources yesterday, who suggested a board meeting at some point in the very near future, they will then ratify that.

All of the top premier clubs now I am sure are aware and understand that the 2019-20 season can’t finish and it looks like Celtic will be champions and that Hearts will be relegated.

‘I imagine this time next week Celtic will be champions’

Dundee United, Raith Rovers and Cove Rangers have already been awarded their lower division title and promotion with just the top tier to be rubber stamped.