The former Scotland striker broke a number of scoring records during his playing days but over 18 years at the sharp end he only managed to score once against Celtic.

Boyd has gone on record about how he regrets that only one of his 200 plus SPL and SPFL goals was against the hoops, scored in an end of season dead rubber in 2006 after Gordon Strachan’s side had already clinched the title.

In today’s edition of The Sun Boyd explains his disappointment over Andy Halliday being released before stating the case for Shinnie transforming the fortunes of his old side.

The midfielder spent four seasons at Aberdeen watching Scott Brown clean up on domestic honours but after 18 appearances for Derby, seven yellow cards and one goal Boyd believes that the 28-year-old can take next season’s title to Ibrox.

England will be full of guys worrying about their future right now because of the pandemic, so there are a few gems out there.

Maybe there will be some top players who like the idea of playing for a club the size of Rangers in a season when they could go down in history.

Kenny McLean might be one. He’ll be on big money at Norwich City and he’s arguably at the peak of his career. But he’s a big Rangers man and, who knows, could he be tempted to come back up the road if an offer was placed in front of him with his side likely to go down?

Lewis Ferguson has already been mentioned and I can see why.

And there’s another player I would consider, too. Someone I’ve mentioned in this column a few times down the years. He used to play for Aberdeen and managed to get into the Scotland set-up, which I’ve said before surprised me. That’s right, my old friend Graeme Shinnie.

For all I doubted he was good enough for the international set-up — which I stand by — he knows Scottish football inside out and is someone who gives everything whenever he steps out on to the pitch.

With Halliday gone he’s versatile enough to play in different roles. I may have given him a hard time down the years, but I still admire his attitude. It’s the kind Rangers will need in the next 12 months if they’re to finally stop Celtic winning title after title.

Shinnie could link up with his old Aberdeen team-mate Ryan Jack in the Ibrox engine room but Steven Gerrard already has Steve Davis, Glen Kamara, Joe Aribo and Scot Arfield competing for midfield places. As Boyd mentions Lewis Ferguson is also an Ibrox target to link up with Real Madrid target Ianis Hagi.

After making 185 appearances for Aberdeen Shinnie joined Derby on a three year contract at the end of his Dons deal. Last summer Frank Lampard quit Derby as manager with Philip Cocu taking over. 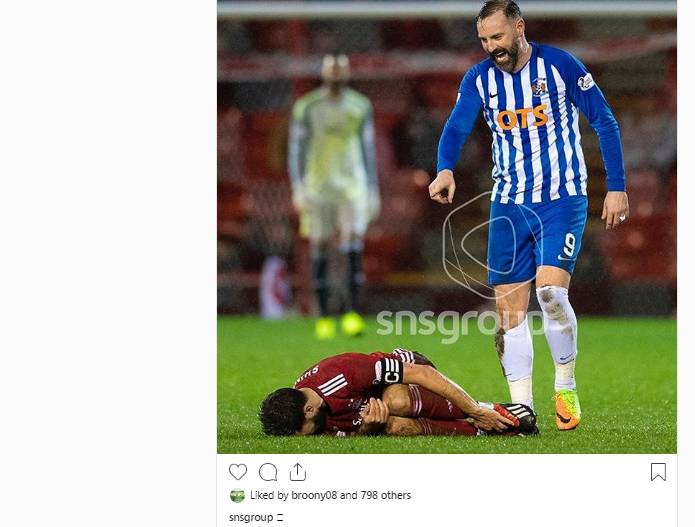