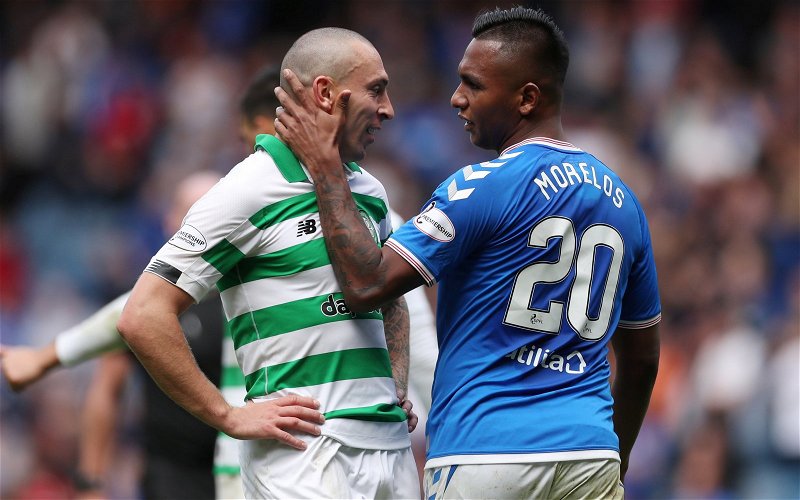 Barry Ferguson believes that Steven Gerrard’s title prospects will be decided by the shape that Alfredo Morelos returns to training in.

All of Gerrard’s players have been sent training regimes to follow during Lockdown but while most have posted images on social media of their work-outs Morelos has been working on his personal charity projects in Colombia.

Morelos has to return to the UK on Sunday or face a fortnight in quarantine with Ferguson concerned about the shape that the former HJK Helsinki star is in for training next week.

In the Daily Record the Kelty Hearts boss admitted:

When Steven Gerrard gets his squad back to Auchenhowie next week he will be desperate to clap eyes on one player in particular.

One look at the physical shape of Alfredo Morelos will tell him everything he needs to know about the mindset of the most valuable player in his team.

Listen, I really like Morelos. I like his edginess. I like his snarly, scrunched-up wee face because it probably reminds me of my own. Most of all, I like what he can do with a ball at his feet.

But I do know there is another side to him that sometimes detracts from all that’s good about him as a striker.

This time last year he looked lean and dangerous. He’d lost a bit of weight over the summer and he was bursting to go. He started the season like a train, scoring nearly 30 goals before the turn of the year. That’s the Morelos Gerrard will want to see walking back in not the one who came back after the winter break looking a bit overweight and very much out of sorts.

Since being sent off against Celtic in December, and picking up a third yellow card in the dressing room, Morelos has managed just one goal- away to Hamilton in a 4-1 Scottish Cup victory. A few weeks later he was firing blanks as Accies won 1-0 at Ibrox.