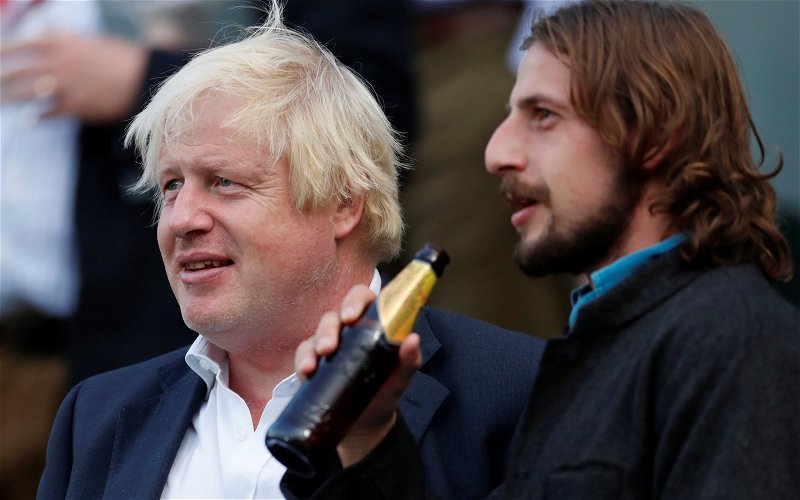 As he prepares for the week that looks like delivering the Premiership title to Liverpool Jurgen Klopp has diverted his attention to the failings of the British Government.

As a German living in the UK Klopp compared the reaction of the two nations to a pandemic as being like two different planets.

The city of Liverpool has a long running distrust for Tory Governments that have clearly been justified by various events down the years.

In 2004 Boris Johnston labelled Liverpool as ‘self-pity city’ with little in his recent actions to suggest a change of mind.

Last June 500,000 fans welcomed the Champions League trophy to the city. With no fans about to watch a title triumph live Klopp didn’t hold back as the told The Mirror his thoughts on Johnson’s Government:

I was not worried for one second that the ­Government could cost us the title because I was worried about the numbers who were dying – and I’m still worried.

I didn’t vote for this ­Government. This Government was the choice of other people. And the problem I had was that I got the news from England and the news from Germany. If aliens looked at us both from the outside, they would think we came from two different planets.

From a personal point of view, I don’t understand why we started wearing face masks in closed areas on June 15 when five or six weeks ago all the other countries were doing it.

You can argue about whether it makes sense to wear them, but all ­countries who started wearing face masks earlier have smaller casualty numbers than here in England. That’s the truth.

When I see the numbers here in ­England and then in Germany, I think. Look, it’s not perfect in Germany, people have died and have been ill. But, in terms of living your life, it is completely different.”

If you want to enter a shop in Germany, but don’t wear a face mask, then you aren’t allowed in. With a face mask, you can go in all the shops you want. You can go to the hairdresser, wherever.

I will not stop doing that until someone tells me it’s over. But inside the club, we are safe. We are tested twice a week and it is a safe ­environment.

Liverpool face Everton at Goodison Park tonight followed by hosting Crystal Palace at Anfield on Wednesday. There were suggestions that both matches should be played at neutral venues outside of the city but that has been resisted.