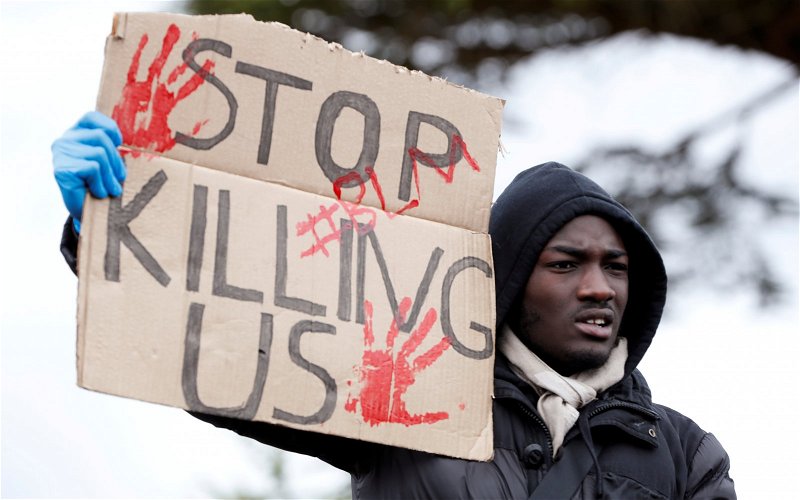 Jermain Defoe’s suggestion that his team-mates ‘take the knee’ has been given a hostile reaction from some Ibrox fans.

Since the murder of George Floyd went viral there has been almost universal revulsion at the incident and the realisation of the continued racism across society.

Taking The Knee was the instant response from Americans with that gesture repeated worldwide with sportsmen and especially footballers leading the way. In Scotland recent demos at George Square and Glasgow Green have involved powerful speeches and demonstrations of support.

When the EPL restarted last weekend player names were replaced with BLACK LIVES MATTER on the back of shirts with the BLM logo now on the sleeve with an NHS logo on the front of shirts.

The SPFL Premiership season doesn’t start until August 1, the focus may have softened by then but Defoe won’t find unanimous backing from Ibrox fans if he wants his team-mates to ‘Take the Knee’ when Scottish football resumes.

? Jermain Defoe: “I would like to think when the season starts we will take a knee and be part of this powerful movement.” pic.twitter.com/eRBObAWmyV

Coercion from the far left BLM movement will ensure it happens and everyone is bullied into it. It’s the same tactics the Nazis used back in the 1930s

Love the wee man and don’t have a racist bone in ma body…. but no kneeling and that’s that.

Why only one colour? Do all colours not Matter ????

Nope ,just Nope . We have our own everywhere, anywhere campaign, we have Kick it out ,we have FARE, this political one sided farce needs to stop.

Don’t agree with the antifa stuff and extremism , but taking black lives matter as a single issue and to show respect to our black players it was always going to happen . They do it , we move on . To do otherwise will be a commercial and PR disaster . Simple as that