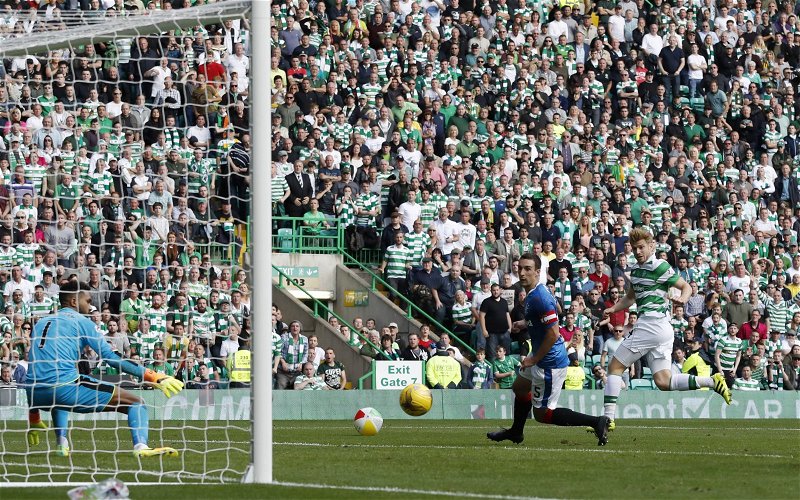 The full effect of Lockdown meeting the transfer window is starting to impact on the Gullibles.

Using their well known grasp with reality some Ibrox fans have convinced themselves that Stuart Armstrong is about to join up with Ianis Hagi to stop 10-in-a-row!

The ‘logic’ in the story is Ross ‘Star Maker’ Wilson, the man that failed to sell a single player during the January transfer window with stars like Andy Halliday, Wes Foderingham and Jon Flanagan walking away for free at the end of this month.

After an up and down first season on the south coast Armstrong has featured in all of Southampton’s EPL matches in the season about to resume. Starting 16 matches and coming off the bench 13 times, along the way he has scored three goals which has only been bettered by five other Saints players.

Before the suspension came in the former Celt was enjoying his best run of form this season with the prospect of ditching all that to take on Scott Brown, Callum McGregor and a few other familiar faces unlikely to appeal.

With his contract running until 2022 Southampton won’t be loaning him out anywhere no matter how smooth an operator Wilson thinks he is.

Next season will be critical, he’ll either be earning a new Southampton contract or a transfer elsewhere in the EPL, joining Ryan Jack and Ianis Hago to stop his old club won’t remotely be a consideration as Celtic and Saints fans appreciate.

Stuart Armstrong would never come to us, aye the guys a baller and I’d take him of course but it’s no happnin.

Im not sure what to laugh at more,
the fact that Rangers fans think they will sign Stuart Armstrong or the fact that think he will only cost 8 million ??#Saintsfc

Can’t see Armstrong at Rangers tbh, but if it was to happen then it would be an unbelievable signing, whether he played for them or not.
Our recruitment has been a shambles over the years, and if a quality player like Stuart Armstrong becomes available then it’s a no brainer.

Would fucking bite yer hand off for Stuart Armstrong he’s an absolute baller. Was delighted when they sold him