Report details how Celtic Park can welcome fans back from August 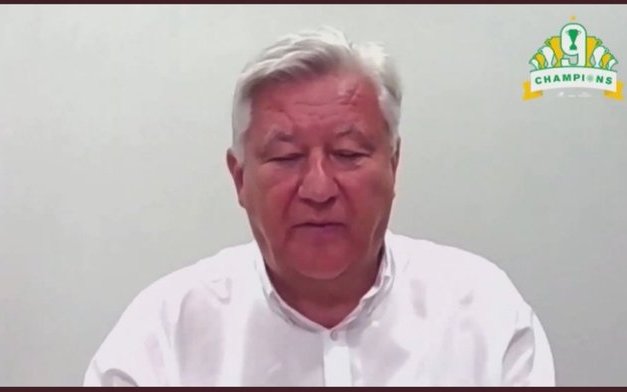 A report in the Daily Record claims that crowds, initially of 1,000, could be inside Celtic Park from August as part of a plan to fully re-open the stadium to its 60,000 capacity.

Normally a story from the Record sports pages would be treated with scorn by Celtic fans but since Keith Jackson had his Celtic Park ban lifted last season he has unearthed some sources that portray Peter Lawwell in a positive light.

March 7 was the last time that Celtic Park was open to business with the sale of season tickets the backbone of the club’s income and business plan.

Season Tickets for the 2020/21 season are going ahead on the usual basis with the only incentive offered to fans being a virtual season-ticket with no incentives offered to homes with more than one Season Tickets. Celtic fans have less than a fortnight to renew before the club turns to its waiting list.

Today’s report discusses how Celtic and Scottish Rugby Union are leading the way in getting their stadiums bio-ready for fans, leading the way for a phased return of supporters is introduced throughout Scotland.

In the Daily Record Jackson reports:

A source said: “Discussions between Celtic and the SRU have been very positive. It’s all about finding solutions and offering those solutions up to the Government.

“What they’re trying to do is prove supporters can be safely returned to both grounds operating a bubble environment. It’s about laying out the measures that would have to be taken in terms of staggered arrivals, showing fans to their seats, social distancing, face masks and hand sanitising.

“The plan would be to hold test events at both venues, with very limited numbers, to show how it can work.

“If the government like what they see it could be scaled up to allow more supporters in over time. But it does seem as if getting fans back to football and rugby matches in Scotland by August is a realistic target.

“And it’s important those in charge of sport in this country work together to help create confidence among the public and prove we can provide them with a safe environment.”

Murrayfield bosses have already calculated that under the current rules of two-metre distancing, crowds of up to 14,000 could be safely reintroduced.

That number would soar to 34,000 if the government follow the WHO one-metre recommendation. But the trial runs would initially involve no more than 1000 supporters in two grounds with more than 60,000 capacity.

Celtic have already offered supporters virtual season tickets, allowing them to watch live streams from their living rooms for as long as health restrictions keep them locked out.

But this new move comes at a time when fans are returning to games around Europe, with 17 countries already approving plans to bring supporters back in limited numbers.

In France, although the 2019-20Ligue 1 campaign was brought to an end, the authorities are discussing plans to reschedule the national cup final in Paris in July with as many as 20,000 fans.

With tourists attractions expected to open on July 15 and a major push on to open the hospitality industry and reduce the 1 metre rule the case for allowing fans back to sporting events will increase in the coming months.