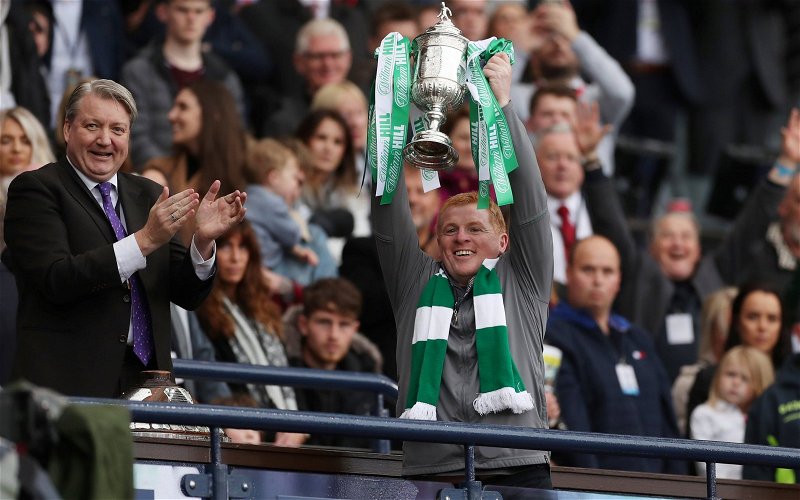 Ian Maxwell has admitted that the Scottish Cup could be completed in front of an empty Hampden Park.

The 2019/20 competition was suspended shortly before the semi-final stage with the SFA guaranteed two full houses with Celtic facing Aberdeen and an Edinburgh derby in the other semi-final.

While the SPFL called time up on the league campaign with 49 matches left to play the SFA have three money-spinning matches left in the Scottish Cup and television deals to fulfil.

Maxwell has previously said that the 2019/20 competition would wait for the safe return of supporters but the crowded fixture list and 2020/21 competition could make that impossible.

Celtic are looking to become the first club to win the tournament four years running but already the squad that reached the last four has been reshaped with Jonny Hayes, Jozo Simunovic, Moi Elyounoussi and Fraser Forster no longer registered at the club.

SCOTTISH CUP
LATEST@ScottishFA Chief Executive Ian Maxwell says the SFA intend to play the 2019-2020 Scottish Cup semi-finals and final in front of fans in this calendar year, but accepts it might not be possible if social distancing measures remain in place long-term pic.twitter.com/1dPqOR40VO

It is our flagship event and we want to finish it. Again, it’s unknown, if we thought that we could wait until later on in the year and that would guarantee that we could get a number of supporters in the stadium then great, everybody would look forward to that. If that’s not going to be the case then we are going to have to get the games played somehow.

QUESTION: Would you definitely get it played this calendar year or would you maybe look at 2021 if it meant getting fans in the ground.

It probably makes more sense to play it this calendar year if I’m being honest. When you start getting into 2020/21 we’ve got next season’s Scottish Cup competition to be played, we’ve got our League competitions to be played, depending on what happens with the SPFL and the Betfred competition we could be trying to cram in a lot of fixtures to a short space of time. Again, our ability to do that is going to be unknown so I think the likelihood is that we will try and play them this year but we’ll just need to wait and see how that goes.