‘Class up front, awful at the back’ Celtic fans give their verdict on Adidas debut 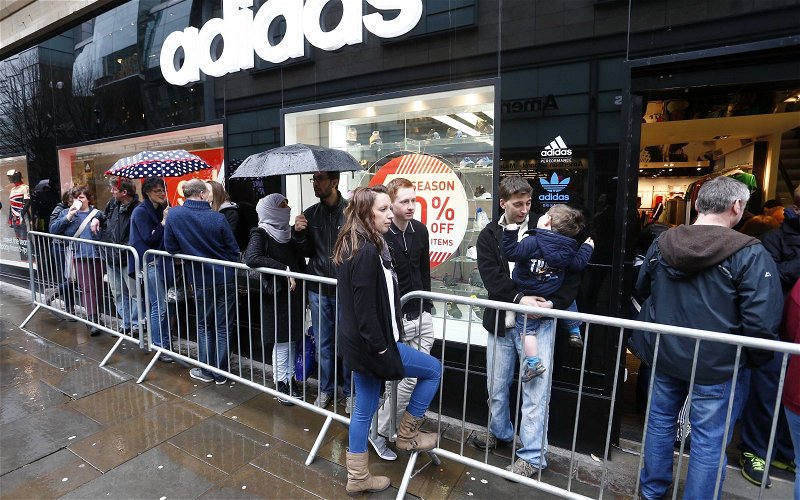 Celtic fans got to see their team play in Adidas kit for the first time last night but it wasn’t quite the real deal.

French advertising laws prohibit gambling and alcohol sponsorship which meant that Dafabet and Magners were missing from the kit worn in the 1-1 draw with Nice.

Player names were missing from the back of the shirt which made it appear almost all white, breaking the hoops that distinguish the Celtic shirt from so many others.

The kit that was worn last night won’t be available for supporters to but with pre-orders still pouring in ahead of the August 6 release date.

Neil Lennon’s side are expected to wear the same kit for the friendlies against Lyon and Paris Saint Germain with supporters having to wait until the August 2 match against Hamilton Accies to see the recognisable home shirt in full.

Nothing official has yet been released about the second and third kits but soon after the home shirt and training wear is out on the streets they are expected to be ready to order.

The new adidas top is like Celtic during the 90’s. Class up front, awful at the back. pic.twitter.com/ZVViRQ9Lat

FINALLY watching the replay of the Celtic game.

The new Adidas home kit is ok from the front but jarring from the back.

It’s like someone’s typed a name on a white post-it pad and slapped it on at the last minute.#NICCEL

There’s a no sponsor version with no white back available from the club store website https://t.co/9bS66OXeNl

Presenting yer new Celtic Adidas kit as worn a couple of hours ago vs Nice. White on back, fix to yellow trim & armband. You’ll have to do the wacky squad numbers yourselves; no player names were displayed. #Celtic #Adidas #PES2020 pic.twitter.com/tGnhHVoF9z

Up to a point I agree. I think that the height of the hoops should be determined by the Celtic badge and not the adidas one…

Klimala becomes the first Celtic player to score a goal in the Adidas Hoops ???

Honestly don’t have a clue as to why anybody would want to buy a Celtic top wae that stupit Dafabet across the front, especially this new Adidas kit man, it’s an absolute beauty ?