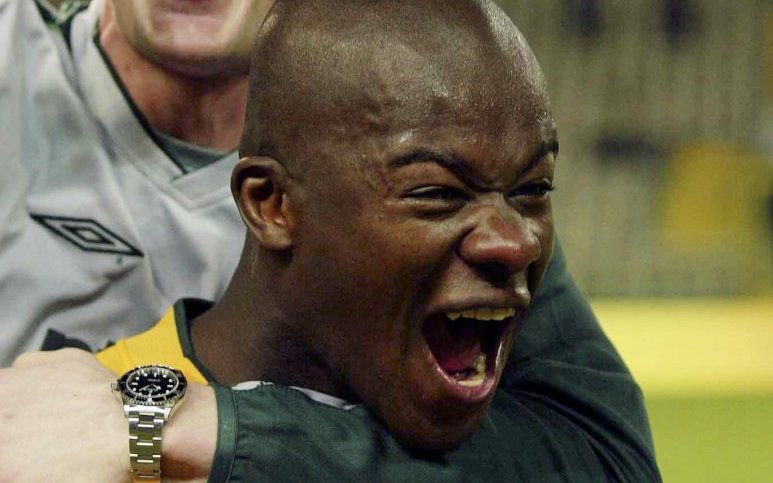 Neil McCann has revealed that Craig Moore scarpered down the tunnel to avoid a clash with Bobo Balde.

The Ibrox defender dished out some punishment to Henrik Larsson during his playing days but the Swede just dusted himself down, got up and popped in another goal or two.

Few players tried to confront Balde on the park, no one of sane thinking would go near him off the park with the former Toulouse defender having a fearsome reputation.

Balde never shirked any issue on the park with McCann witnessing one fearsome exchange then led to Moore making a hasty exit with the giant Celtic defender on his case.

I remember an Old Firm game at Ibrox and big Oz, Craig Moore, he could handle himself. He was really aggressive and stuff. He went up and clattered into Bobo Balde.

There was a coming together and I remember big Oz pointing the finger at Big Bobo and saying ‘we’ll see mate, we’ll see when we get up the tunnel’. But I’ve never seen big Oz move so quick, he was running past me laughing, saying ‘is he coming Terry?’ ‘Is he coming?’

I couldn’t stop laughing. Celtic fans have a saying ‘Bobo is going to get you’, I think if he had got his hands on him he would have ended him. If it all kicks off in the tunnel you wouldn’t want to be anywhere near him.

Martin O’Neill brought Balde to Celtic in 2001 to form a fearsome back three alongside Joos Valgaeren and Johan Mjallby.

Towards the end of O’Neill’s reign Balde was given an incredible contract but under Gordon Strachan his Celtic career fizzled out.