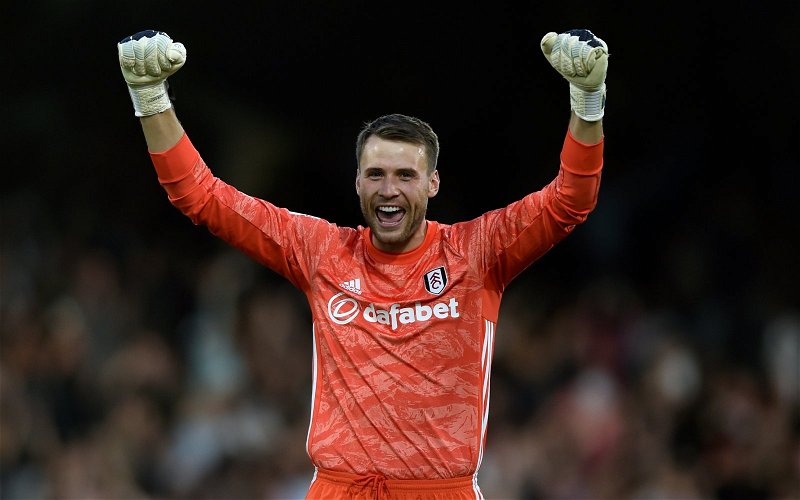 Marcus Bettinelli is the latest goalkeeper to be linked with a move to Celtic.

The Fulham keeper has a year left on his contract with the tone of the report suggesting that the 28-year-old is looking for an improved deal from the London side.

With Fulham looking likely to be involved in the Championship play-off’s Bettenelli’s season is likely to extend into August by which time Celtic’s defence of the SPFL title will be underway.

Bettinelli, who broke into the England squad last season, is understood to be open to a new challenge ahead of next term. The keeper could be available for as little as £1million, with only one year remaining on his contract.

Before Fulham’s relegation into the Championship at the end of last season, Bettinelli had established himself as one of the best emerging keepers in England. And Celtic have targeted the 28-year-old shot stopper to fill the need at the Glasgow club.

Bettinelli does seem to have the pedigree to play for Celtic but if he is available for £1m it’s likely that there will be other clubs’ interest in the keeper.

Fraser Forster remains Neil Lennon’s preferred option to be in goals for the 20/21 season but over the last week the chances of the Southampton keeper returning to Glasgow appear to have lengthened.

Joe Hart and David Marshall are the two keepers most linked with Celtic but with the squad now based at Loughborough University Scott Bain looks like being the man in possession when Celtic play their first friendlies of the season next week in France.