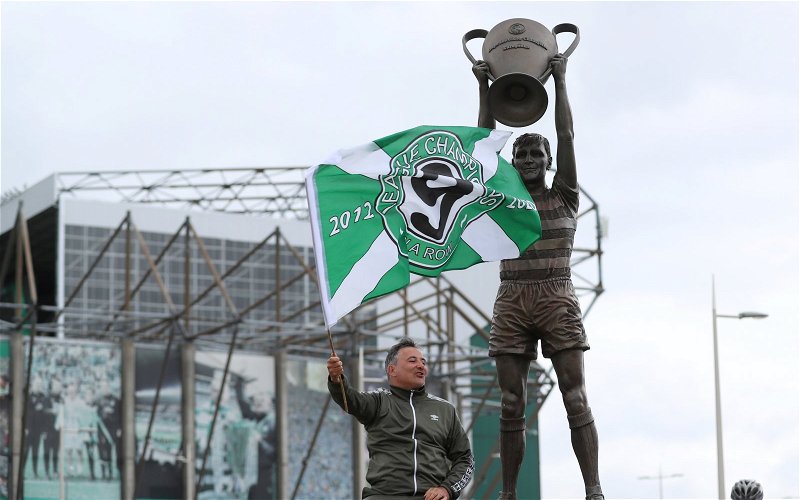 Celtic emerged from four months in cold storage to put in an impressive performance as they drew 1-1 with Nice.

Neil Lennon made 11 changes on the hour mark with Patryk Klimala scoring his first goal for the club with a 73rd minute equaliser after forcing the Nice keeper Youcef Atal into a mistake.

There appeared to be no fitness issues among the squad as what looked like a first choice starting XI swarmed around Nice in the early stages.

Odsonne Edouard looked to have given Celtic a fourth minute lead but after a long delay the strike was ruled out for no obvious reason.

Nice came into the match as the first half came to a close with Kasper Dolberg taking advantage of poor defending to send a 12 yard shot past Scott Bain to give the French side the lead in the 37th minute.

Ryan Christie should have had Celtic back on level terms four minutes into the second half but after being set up by Edouard he sent his shot across the keeper and wide of the post.

There was little disruption to Celtic’s style of playing when the changes were made on the hour, 13 minutes later persistence from Klimala forced the keeper into an error with the Polish striker taking full advantage to roll the ball into the net.

On Saturday Celtic face Lyon and a reunion with former Celts Moussa Dembele and Jason Denayer.

Odsonne Édouard rounds the Nice keeper and finishes it off with great composure, but it’s eventually disallowed by VAR for offside ?

A strong Celtic start, but they’ll have to wait a little longer for an opener yet ? pic.twitter.com/E8DT65UYz6

Kasper Dolberg weaves his way through the defence and finishes well for Nice ??

Celtic have had the better of the first half chances, but they trail 1-0 coming up to half time ? pic.twitter.com/0gm60Pd36n

What a chance that was for Ryan Christie! ?

He can’t believe he hasn’t equalised for Celtic ? pic.twitter.com/z5UHhMHDDD

A howler from the Nice keeper, but credit to Patryk Klimala for applying the pressure and the finish ? pic.twitter.com/Z2N5dUAQBW