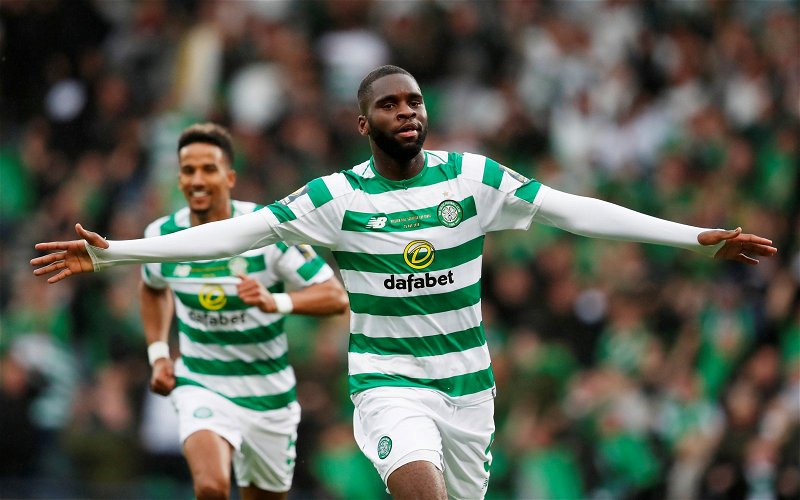 Crystal Palace are reported to be considering a £25m bid for Odsonne Edouard.

Roy Hodgson’s side have established themselves in the EPL but badly lack a scoring edge with Jordan Ayew their top scorer in the EPL with nine goals, after that no one has scored more than three EPL goals.

Edouard has two years left to run on his Celtic contract but over the last two seasons Peter Lawwell was happy to do business when offers came in for Moussa Dembele and Kieran Tierney.

The former Paris Saint Germain striker hasn’t given any indication that he is looking for a way out of Celtic but in the current financial climate nothing can be ruled out.

SunSport understands Palace are now weighing up an ambitious move to see if they can tempt the Scottish champions to part with their best player. Celtic have made it clear the prolific striker is NOT for sale ahead of their historic ten-in-a-row bid.

Edouard has two years to run on his deal and Neil Lennon has even talked about securing the 22-year-old on a new and improved deal to fend off interest this summer. But it’s understood several top clubs have been in contact with his representatives.

It was initially thought the starting price to open negotiations would be in excess of £30m, but that figure has dropped.

Celtic chief executive Peter Lawwell will likely be difficult to deal with as he attempts to keep hold of the club’s prized asset. But that won’t stop bids being tabled and Palace are eager to open talks to see if any deal can be thrashed out.

Neil Lennon has praised the attitude of Edouard over recent weeks with some discussions about extending his contract beyond 2022.

Over the last 18 months Celtic have signed Vakoun Bayo and Patryk Klimala but neither has shown enough yet to force themselves into the staring XI.