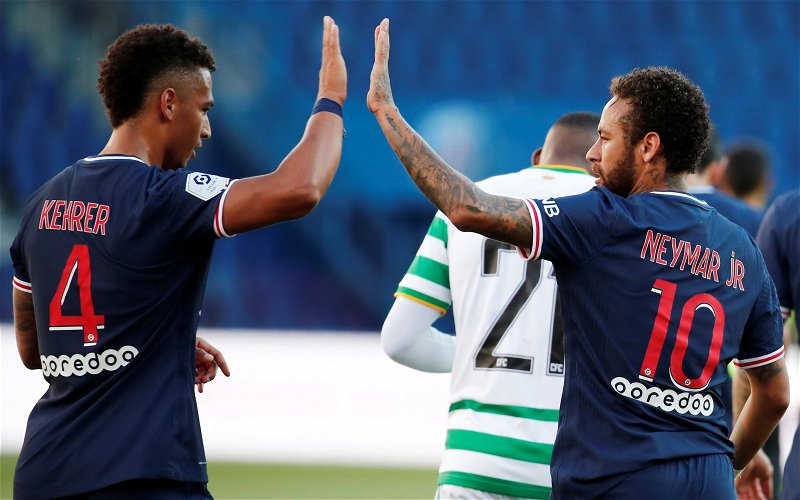 Tuesday wasn’t just a night of chasing shadows but at times it was painful viewing for Celtic fans as Paris Saint Germain moved up the gears.

There are top professionals all through Thomas Tuchel’s squad and there is Neymar. The Brazilian has all the pace, movement and cutting edge that you could wish for but there is more to the 28-year-old.

His frustration at being overshadowed by Messi and Ronaldo is obvious but he takes it to extremes. When his name is mentioned his skills and ability aren’t the first thing that comes to mind.

Play-acting and gamesmanship are forever associated with Neymar. Even in pre-season friendlies. It’s ingrained in his DNA.

Callum McGregor was operating in the same area as Neymar, while the ability isn’t questioned opponents will never be able to respect the former Santos and Barcelona forward as the Celtic midfielder told the Daily Record:

He manipulates the ball so well but if you have a kick at him he doesn’t like it. But it’s not personal. It’s my job to win the ball back and sometimes you mistime a tackle but if you stand off then top players will hurt you.

You have to respect the quality but not respect him to the point of standing off him and letting him do his thing. We had a couple of nibbles at him but he seemed to take it and come back for more. That’s why he is a top, top player. He was even laughing at one point.

He’s just a top talent, whether you love him or hate him. There are a lot of tussles in the game and that’s just part and parcel of football.

Apart from Neymar everyone at PSG seemed respectful and grateful to Celtic for being the first team to visit the Parc des Princes since March.