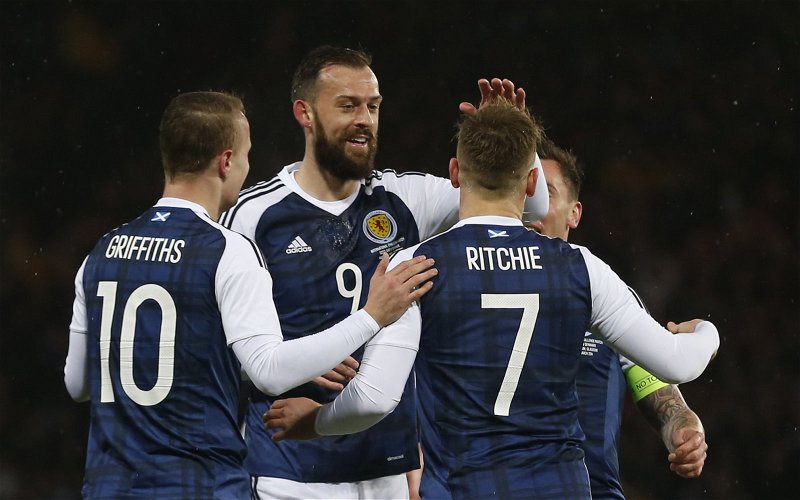 Neil Lennon has name checked Steven Fletcher while discussing the need to bring in a new striker.

Over the last week Celtic have been strongly linked with Ivan Tonev and Albian Ajeti but neither will be involved in Sunday’s match against Hamilton Accies.

Fletcher is a free agent after leaving Sheffield Wednesday and is reported to be interested in a move to Glasgow after more than a decade south of the border.

Discussing the need to bring in a new striker Lennon told the Daily Record:

It’s the most important position on the pitch. We’ve had a few injuries and absentees in that department so if there is a quality one available and we think it’s the right thing to do, we will pursue it.

We’ll take a view on the squad later on down the line. It’ll be a club decision whether we see it as value for money. Fletcher is a good player. I’m not going to confirm or deny that, I don’t want to talk about individuals.

We’ve been linked with a lot of strikers, midfield players, centre halves. There are one or two areas we want to add to because we have let a few players go.

We let seven or eight go and we have only added Vasilis Barkas to the squad so it’s important we bring quality in, in the areas we are looking for.

Fletcher scored 13 goals in 30 appearances for Sheffield Wednesday in the season just ended and would appear to be an ideal addition to Lennon’s squad.

The one time Hibs forward is equally comfortable playing as a target man or in a strike partnership with Lennon well aware of the need to reduce the burden placed on Odsonne Edouard over the last two years where he has often been the only available striker.