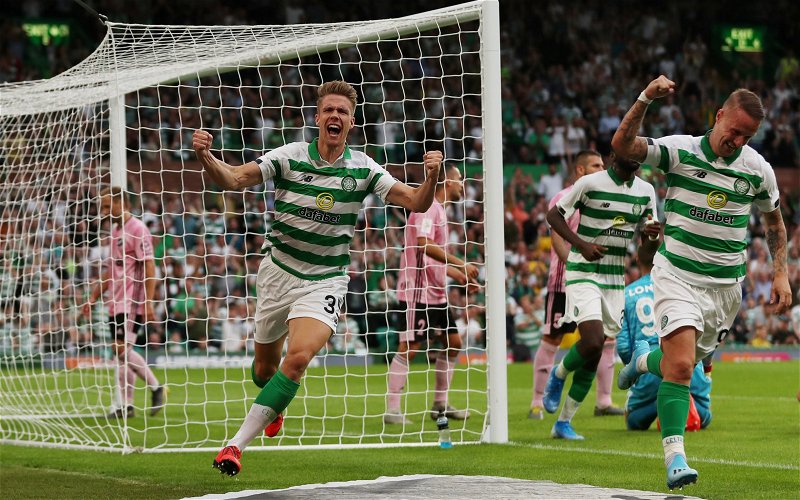 Neil Lennon has revealed that Celtic have heard nothing from AC Milan about their alleged interest in Kris Ajer.

Before Lockdown the players’ agent stated that his client wouldn’t be signing a new contract with Celtic which was followed by speculation linking Ajer with a move to the Italian giants.

Every couple of weeks the story is given fresh life with little if anything in the way of substance as various strands of speculation are linked together.

There’s absolutely nothing in that at all. Nothing. He’s got a couple of years left on his contract and I want him here and the club wants him here.

Ajer changed agent at the end of May with no interruption to speculation that he was on his way out of Celtic.

Lennon admitted that every player has their price but that is no different from all but three or four clubs across the globe.

Celtic signed Ajer in the spring of 2016 but he never got the chance to play under Ronny Deila, midway through his first season he switched from centre midfield to centre half and got a run of Scottish football on loan at Kilmarnock.

In May 2018 he signed a new four year deal to reflect his new status at Celtic but it seems unlikely that he will be putting his name to another contract.