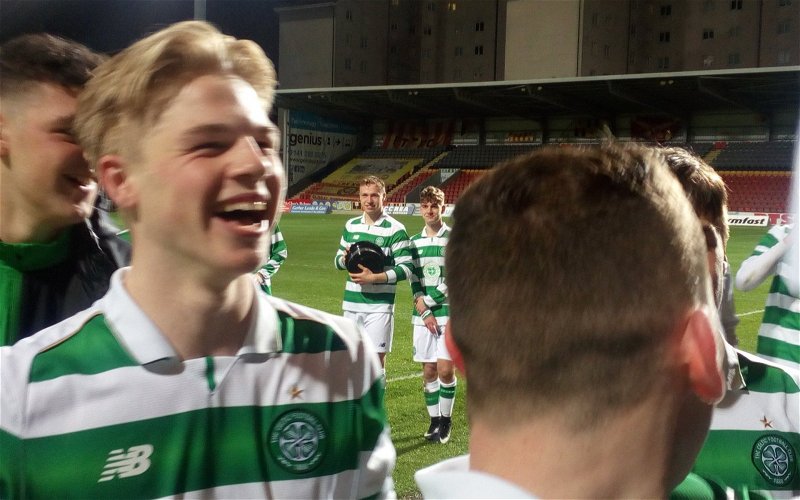 Celtic completed a sensible piece of business yesterday with Stephen Welsh signed onto a new contract that runs until 2023.

The defender signed a two-year deal before going on loan to Morton last August where he made 15 appearances before being recalled at the end of January.

A place on the bench at home to Ross County was followed by a very assured debut, in from the start away to Hamilton on a surface that doesn’t flatter many players.

Welsh played on the right of a back three, at times during the first half he appeared to be more comfortable than Chris Jullien and Kris Ajer as Hamilton attempted to ‘rummel’ up the Celtic defence.

Sweeper is probably Welsh’s best position with the options in that area reduced by the departure of Jozo Simunovic. Hatem Abd Elhamed and Nir Bitton can play in central defence but hopefully during pre-season matches Welsh will get to play alongside Ajer and Jullien.

Since his primary school-days the 20-year-old has been chasing the dream of playing for Celtic. Experiencing the highs and lows of youth football as former team-mates fall by the wayside while others like Mikey Johnston make first team inroads.

Central defence is a tough area of the park to break into, most managers tend to go with experience but Welsh is rarely flustered with anticipation and reading of the game way beyond his years.

With a three-year contract secured the club has shown their faith, over the period of that contract he’ll be looking to get his name tagged on alongside James Forrest and Callum McGregor as the examples of those that can step up from the Academy to the trophy gathering coal-face of the game.