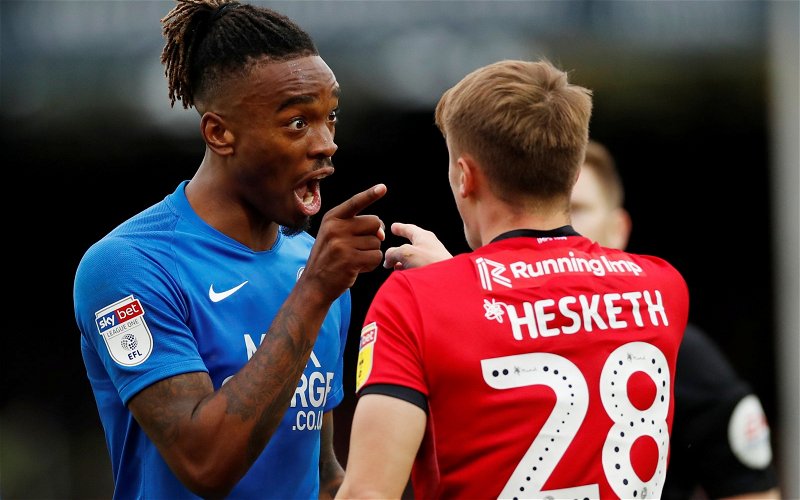 To strengthen Neil Lennon’s striking options and to reduce the dependence on Leigh Griffiths.

Barry Fry and Darragh MacAnthony have been providing more media updates than Boris Johnson over the last fortnight as they try to up the bidding on Peterborough’s star asset.

Griffiths has tested Lennon’s patience to the edge but everyone in football knows that anyone scoring goals gets indulged more than most.

Celtic’s pre-season preparations have revolved around a 4-2-3-1 formation with the absence of Griffiths denying Lennon to pick up on the free scoring 3-5-2 which clinched last season’s title.

Lenny has been coaxing Griffiths back onside. After leaving the striker out of games in France, he praised his fitness during a bounce game against Hibs. Imagine that, a footballer getting a pat on the back for getting into shape. That used to be a given.

Not that I’d read much into the compliment. Celtic’s pursuit of Ivan Toney is more revealing. Celts aren’t going to splash upwards of £5million on a striker to leave him on the bench. I don’t think Lennon is counting on Griffiths this season.

Managers will only put up with mavericks if they’re doing the business. Pity, because Griffiths should be in the best shape of his life right now.

Having put his mental health issues behind him, a crack at ten in a row should be mouth-watering. Instead, he let himself and Lennon down badly.

Griffiths’ popularity among Hoops punters won’t matter. At Celtic you don’t get by on reputation. Those stunning Hampden free-kicks against Joe Hart were a long time ago. With Patryk Klimala emerging as a partner for Odsonne Edouard, Toney’s arrival would be more bad news for Griff.

On Friday Lennon confirmed his interest in bringing in another striker with free agent Steven Fletcher name checked.

Griffiths and Klimala played in Monday’s 3-1 win over Hibs but Edouard is likely to be the sole striker when Celtic open their SPFL campaign at home to Hamilton today.