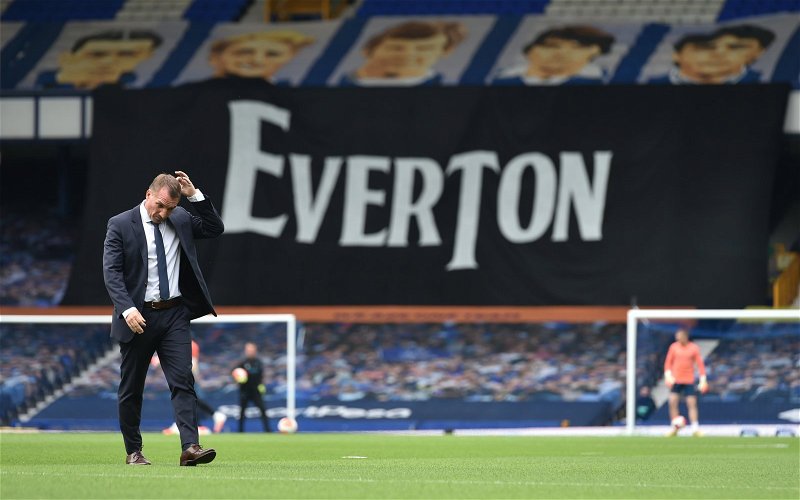 Lewis Morgan has revealed that Scott Brown tipped off his Celtic team-mates a day in advance that Brendan Rodgers was in talks with Leicester.

The events towards the end of February 2019 still remain something of a mystery as the Irishman upped sticks and cleared out of Celtic with little prior warning.

On Saturday February 23 Leicester lost 4-1 at home to Crystal Palace with the club announcing the sacking of Claude Puel the following morning.

Speculation instantly turned to Rodgers who tried to blank out the issue as dealt with Celtic’s home match at Motherwell.

On the Monday Celtic trained as usual at Lennoxtown ahead of Wednesday’s match away to Hearts but on the Tuesday morning John Kennedy found himself in charge of training with the grapevine buzzing.

By Tuesday night, February 26 Rodgers was pledging to give his life for Leicester while Neil Lennon took over as Celtic’s caretaker boss.

LM: There had always been whispers out there about Leicester. It was out there that Leicester had tried to get him before but I just thought never would he have left at that time.

But teams like Leicester, teams in the Premier League have got too much money to wait about for a manager. If they were wanting him they were getting him then.

SF: Did you get the feeling that he would be there to try and get 10-in-a-row or did you think if the opportunity came up that he would go?

LM: I thought that he was going to stay just because I’m sure that the opportunities were there and he had stayed up until that point.

I’m sure that after the Invincible season teams would have been interested, especially with how successful he had been in England anyway.

Yeah it was a strange one, just strange timing but obviously he’s doing well at Leicester now and Lennon is doing well at Celtic so it’s just been kind of seem-less.

A FEW MINUTES LATER, BACK ON THE DEPARTURE

SF: How did the other boys take it when he left, on the Whatsapp group, what was said

LM: I don’t remember anything getting put in the Whatsapp at all. I think Broony maybe put in the day before ‘Listen, the gaffer is speaking to Leicester’ whatever. I don’t think, the boys kind of managed themselves as well, especially with Broony. You’d never have the chance like to take your eye of the ball with him so there wasn’t too much. Yeah Lennon came in quick anyway, it was a quick transition as if nothing had happened.

Morgan was on loan to Sunderland when Rodgers left Celtic.