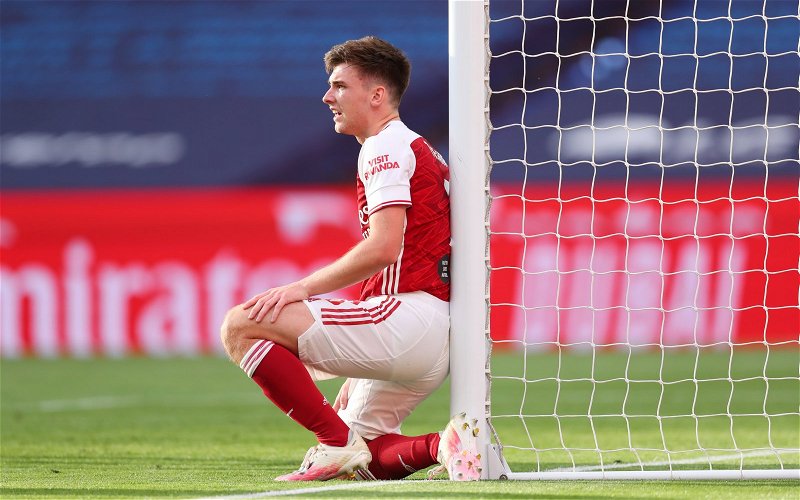 Kieran Tierney has added an FA Cup gong to his impressive medal collection.

The bhoy from Muirhouse, Wishaw turned in another impressive performance at Wembley as Arsenal came from behind to beat Chelsea 2-1 in front of a near deserted stadium.

Tierney’s usual post cup final celebrations normally involve getting a megaphone from the Green Brigade but it was much more sanitised at Wembley today.

It looked bleak for Arsenal when Christian Pulisic gave Chelsea a fifth minute lead but with Tierney constantly putting balls down the left wing Mikel Arteta’s side found success.

Pierre-Emerick Aubameyang took advantage of one of those passes in the 26th minute, when he was hauled down he equalised from the penalty spot.

Midway through the second half the same player evaded the Chelsea defence, drew Willy Caballero from his line then dinked the ball into the net for what turned out to be the winner.

Tierney can now draw breath, enjoy a short break then prepare to kick on when the EPL resumes on September 15.