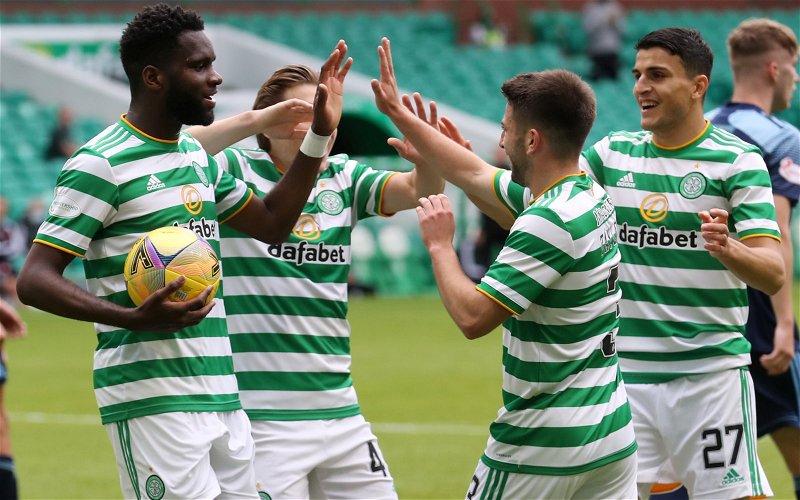 Celtic set off on the quest for 10-in-a-row with an emphatic 5-1 win over Hamilton Accies.

Odsonne Edouard captured the attention with an opening day hat-trick as the champions laid down a marker despite playing in front of an empty Celtic Park.

The French u-21 striker and Jeremy Frimpong converted passes from Greg Taylor to put Celtic into an early 2-0 lead.

Edouard at the double!

??Since August 2019 Odsonne Edouard has been involved in 32 Scottish Premiership goals (25?? 7??) for @CelticFC – more than Hamilton have scored (31) pic.twitter.com/jQsx4C2nMy

Ten minutes from the break there was a shock when a double deflection pulled a goal back for the visitors with the final touch coming off Chris Jullien.

Before the hour mark Edouard completed his hat-trick with substitute Patryk Klimala completing the scoring with two minutes left to play.

Accies gave Celtic a decent test, winning eight corners and imposing themselves physically on the match.

Neil Lennon’s side will enjoy two days off before going into a hectic period of fixtures that starts next Sunday away to Kilmarnock who lost 2-1 yesterday at Hibs.