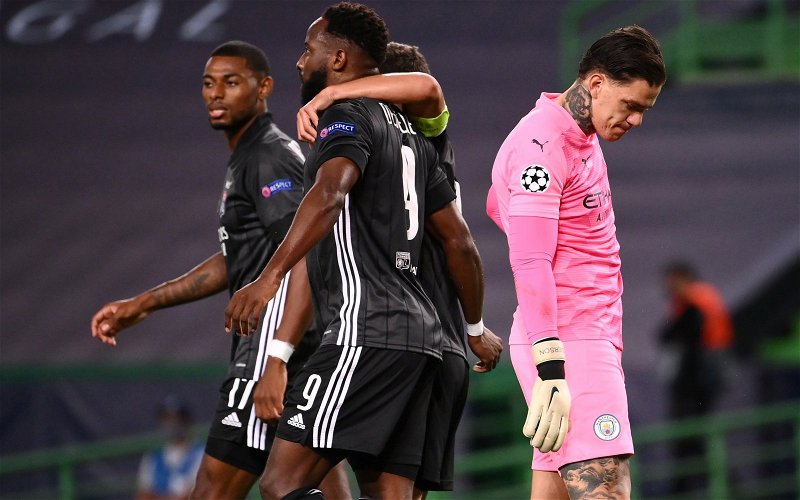 The former Celtic striker replaced Memphis Depay in the 75th minute the popped in goals in the 79th and 86th minutes to take Lyon into the last four of the competition.

It was a brilliantly display of finishing from the forward who also scored a double against City in September 2016 when Pep Guardiola’s side got the fright of their life in a 3-3 thriller in Glasgow’s east end.

Cornet had given Lyon the lead midway through the first half put City’s pressure paid off in the 69th minute when Kevin De Bryne equalised.

Moussa Dembele pounces to put Lyon within touching distance of the semi-finals!#Club2020 pic.twitter.com/e7vPyWuBHh

Lyon took stock, stuck on Moussa who treated the city defence as if it consisted of Pip Senderos, Rob Kiernan and Wes Foderingham.

Since leaving Barcelona Guardiola has failed at Bayern Munich and City to make the last four despite the biggest spending spree out side of Paris Saint Germain.

Dembele has been linked with moves to Chelsea and Manchester City over the last 12 months, after tonight he’ll be expected to be in next season’s EPL. Former Celt Jason Denayer was also in the Lyon side.