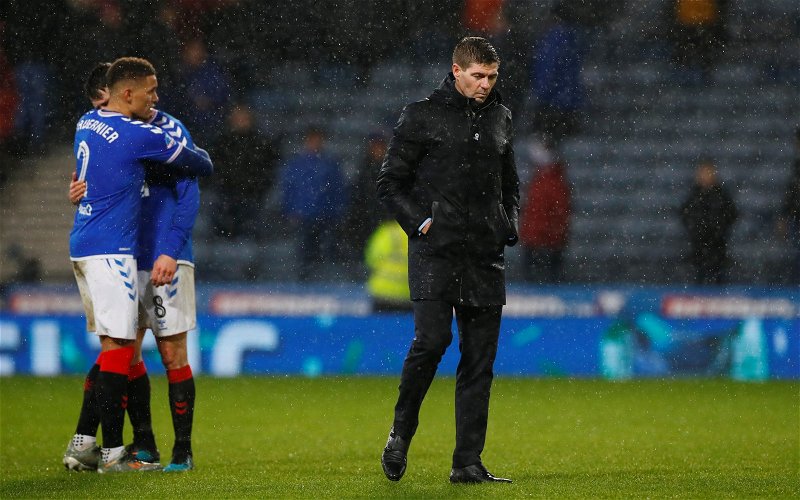 It was Groundhog Day, again at Ibrox following the 2-2 draw away to Hibs.

Technically it took Steven Gerrard’s side to the top of the SPFL table but no one was trying to spin that line as they looked at two dropped points with all the usual failings on display to every coach, manager and player in Scotland.

Despite a world record run of clean sheets Conor Goldson and Filip Helander are both bang average and easily got at. After 250 appearances James Tavernier can’t defend and shows the form of a Wigan Athletic journeyman.

For seven matches their fans tried to think that they were witnessing a new era. The players who have failed every decent test had developed into a lean, mean fighting unit with Steven Gerrard showing the judgement on the bench that makes him the obvious successor to Jurgen Klopp at Anfield. 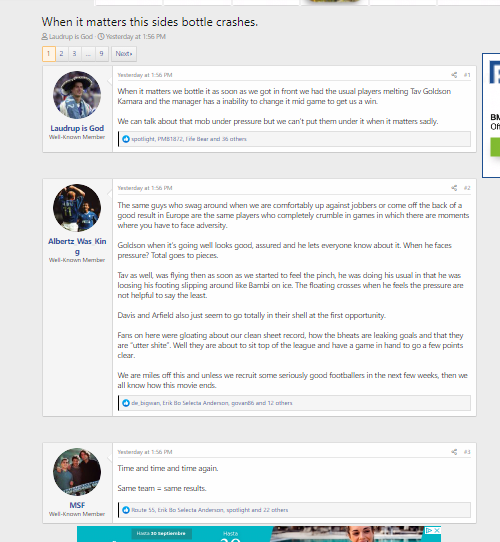 They really wanted to believe it all. They believe that a £16m bid for Alfredo Morelos was turned down, Leeds are desperate to sign Ryan Kent, Ryan Jack is the best midfielder in Scotland and that Steven Davis is the new George Best.

After 90 minutes at Easter Road there was a predictable reaction to lash out at the match officials with Ryan Porteous also in the firing line. Deep down however they know that they have fallen for the same line once again.

Their players and management just don’t have it.

On the pitch their plight is highlighted by Tav wearing the armband of dignity, his CV of clubs confirms his status in the game regardless of what Kris Boyd, Barry Ferguson, Alex Rae and other cheerleaders have to say.

Gerard spent £11m on three players during the transfer window with that trio producing one pass worth noting against Hibs. Ianis Hagi passed to Scott Arfield for the second goal but it wasn’t quite as earth shattering as Ally McCoist made out.

Kemar Roofe is seeing a specialist about the calf problem that ensured Anderlecht got him off their hands. Cedric Itten has the mobility levels of Harry Maguire and appears to be the Swiss Filip Sebo.

Last season came to a halt at exactly the right time for Mister Gerrard, defeats from Hearts, Hamilton and Leverkusen came either side of a single goal victory at Ross County thanks to an own goal from Dick Foster.

When the going gets tough- Tav whimpers to the club programme while Gerrard blames everyone except himself. We’ve all been there but there might just be one more visit for the Liverpool legend out of his depth in the wrong movie at the wrong time. 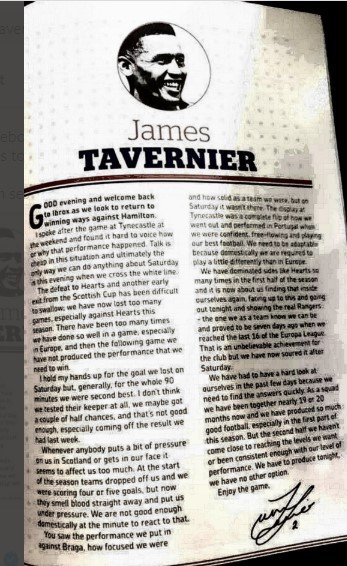