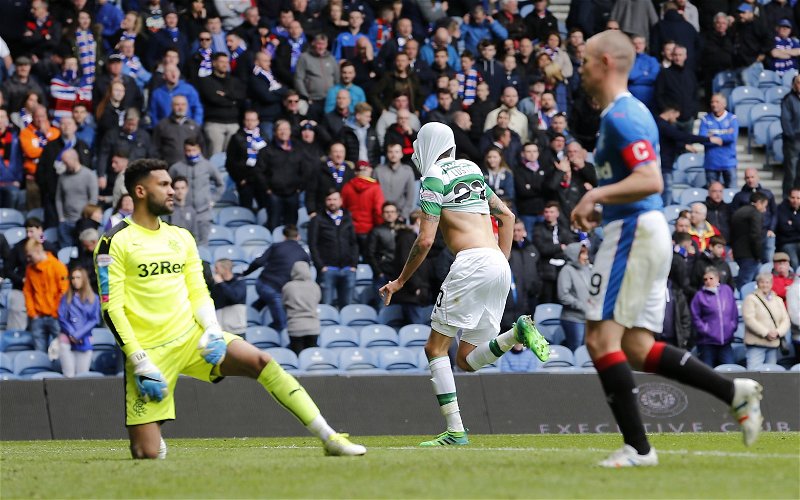 Celtic fans were quick to respond as the Gibraltar Cup made its way to Ibrox following a sensational 5-0 win over Lincoln Red Imps.

Mention of that team brings a warm glow of satisfaction to Ibrox fans as they recall their only highlight of the 2016/17 when Brendan Rodgers’ lost his opening match in charge of Celtic.

One little known fact from that period is that Celtic won the return leg 3-0 before reaching the group stage of the Champions League. A year later Pedro Caixinha was standing in a hedge explaining a 2-1 aggregate defeat from Progres Niederkorn, at the time the fourth best team in Luxembourg.

Since Celtic lost to Red Imps they have won all 11 recognised domestic trophies, an unprecedented run of success covering three consecutive trebles and two matches away from a fourth treble.

During that period the Ibrox club have celebrated numerous Transfer Window trophy wins as well as International Break cup successes.

Back in the real world Celtic can go top of the SPFL Premiership tomorrow if they beat Livingston, a fairly familiar situation.

Would just like to congratulate The Rangers on their “we won in Gibraltar and you never” trophy, it’s some feat. It’s no like we went the whole domestic campaign unbeaten that season and scored about 20 goals against you in the process or anything?

What’s yer point? because the team that got beat with Red Imps also did this ?and went through the domestic season unbeaten? I’ll settle for that every season ?? pic.twitter.com/C0QUsxPKgD

Need a reminder what also happened that season pic.twitter.com/7xs387pSMT

Also in that season.. pic.twitter.com/X8AGNncCRM