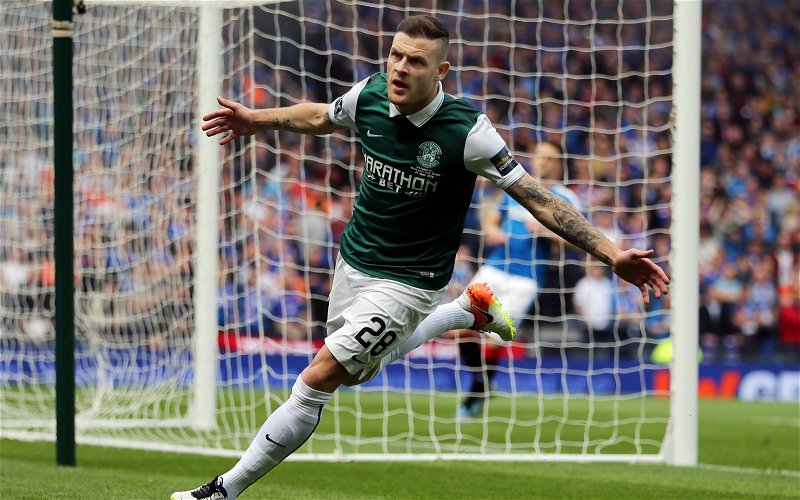 Anthony Stokes’ autobiography really should be a best seller, perhaps like Wayne Rooney he could issue it over several instalments.

The latest chapter is likely to be brief, a three week stop off at Livingston where he discovered that the plastic pitch at the Toni Macaroni Stadium isn’t to his liking.

As a teenager Stokes made one appearance for Arsenal, sharing the same dressing room as Sol Campbell and Robin van Persie in a 3-0 League Cup win at Sunderland in 2005.

The golden years were spent with Lennon at Celtic, in 2006 he ended a 114 wait for Hibs fans to lift the Scottish Cup but at the age of 32 there is speculation that Stokes could be on his way to East Kilbride even though they too have a plastic pitch.

Stokes and Gary Hooper steered Celtic and Lennon to great success with his former boss still sympathetic despite showing him the door when they were reunited at Hibs just over two years ago.

He’s never really settled across the last four or five years of his career. He’s at an age where time is running down and he needs to find a club and make a move where he can play.

He’s a mercurial player but deep down he’s a good kid. He’s just let off-field problems dominate his football career for the past four or five years and that’s a shame.

Despite scoring twice for Hibs in the 2016 Scottish Cup Final Brendan Rodgers refused to take up the 12 month option on Stokes’ Celtic contract, after that he had a short stint at Blackburn Rovers.